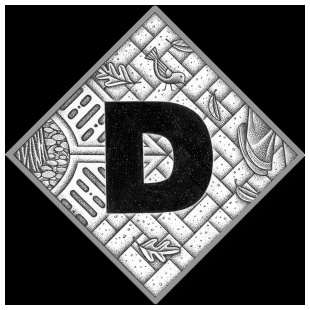 Creative designers established the foundations of American community and regional planning in the second half of the 19th century, and early years of the 20th century. Their visions of a more ideal America, one that was orderly, clean, rational, functional, efficient, inspirational, and beautiful, kindled efforts in political reform that were realized in the community comprehensive plan, land use zoning and building bulk controls, capital budget processes, and public park and parkway planning.

Widespread efforts toward the physical improvement of American cities were inspired by the work of landscape architects Frederick Law Olmsted, Sr., designer of New York’s Central Park (1857), and George Kessler, designer of the Kansas City Metropolitan Park System (1893), as well as by the work of architect Daniel Hudson Burnham, director of works for the widely acclaimed Columbian Exposition (the Chicago World’s Fair of 1893). In addition, significant contributions were made by sculptors, including Augustus St. Gaudens, who collaborated with Burnham in preparing the plan for the Columbian Exposition and the McMillan Plan for Washington, D.C (1902). 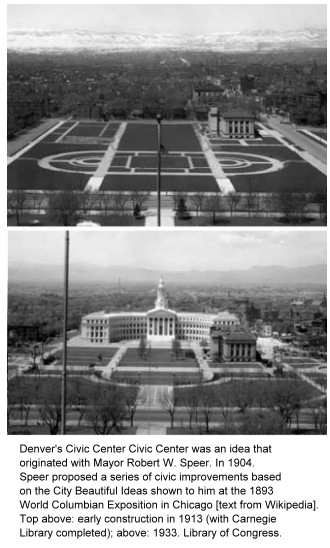 The work of these designers resulted in this period being known as the Era of The City Beautiful. Their work, emphasizing the public built environment and focusing on roads, parks, public buildings, and monuments, also generated a Civic Center Movement in which city boosters across America vied with one another to produce plans (sometimes accomplished) for impressive groupings of public buildings and monumental boulevards.

Planners also often deal with the design of the “streetscape.” This involves the careful construction of relationships between people and the immediate elements of the pedestrian and automotive environment such as paving, trees, signs, building facades, and lighting fixtures. Streetscape design is very important. The experience of the community by people on foot, on bicycles, and in automobiles or transit vehicles, structures their understanding of the community, their role in it, and their perception of the community’s attitude toward them.

The role of the creative designer in community planning has been strengthened (some say, rediscovered) in recent years. A renewed recognition of the value of the physical designer has resulted in ever-increasing support for The New Urbanism, a movement to restore detailed neighborhood-scale design as an element of planning practice, and in the involvement of fine artists (such as muralists) in planned improvements, and as valued contributors throughout the entire planning process.

Design, when considered in its broadest sense, is what virtually every planner is engaged in. The act of community planning itself involves participation in the design of relationships that fulfill community goals and aspirations through preparation of integrated plans for community action. Planners today design plans not only for development, but also, for example, for the protection of agriculturally productive soils (see F is for Farming) and for the shaping of patterns of development (see G is for Growth Management).