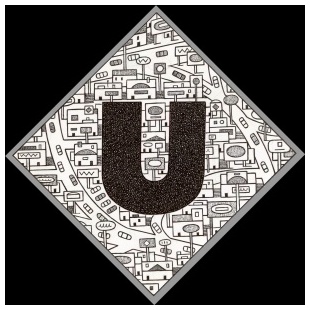 Sprawl is not just a modern phenomenon. In a sense, American sprawl began with the horse drawn omnibus of the 1830s, which permitted the more well-to-do to escape the center city for more country-like surroundings, where they could reside in detached homes bounded by small grass plots and gardens. This outward dispersion accelerated with the widespread arrival of the steam railroad in the 1850s. Suburban villages sprang up along the rail lines. The introduction of the electric trolley car in the 1880s permitted an even larger segment of the population to leave the center city behind, as trolley car lines followed major streets to the edges of the city.

The suburban expansions of the late 19th century, however, did not totally encircle the city. Being rail-based, the overall pattern was one of a few routes radiating out from the city center (where commerce and industry was still located), with residential development focused within a few blocks of either side of the transit line. This left huge swaths of open space between the rail lines.

The nature of American sprawl changed radically with coming of the inexpensive automobile in the 1920s. No longer limited to close proximity to major streets and trolley lines, low density development expanded to previously inaccessible areas, often “leapfrogging” over undeveloped areas to more distant locations. Independent suburban villages, with their own land subdivision, planning, and zoning authorities, grew rapidly.

Land speculation drove the engine of regional development. Lacking regional government planning and controls, each of the plethora of small units of local government legislated as it saw fit to meet its own interests. Often this included policies designed to exclude the less well-to-do.

The Great Depression and World War II dampened the pace of residential sprawl. However, the construction in outlying locations of large-scale, single-story war industry plants in the early 1940s led to the suburban dispersion of what had been central-city-focused production industry.

Of particular importance, the need for the rapid construction of war worker housing led Henry J. Kaiser, on the West Coast, and William Levitt, on the East Coast, to develop the mass production of homes (before, home construction had been in the hands of individual craftsmen, and often produced one house at a time). By the late 1940s and early 1950s, this production technology allowed for the large-scale construction of hundreds of single-family homes at a time, with “cookie-cutter” tracts extending over thousands of acres.

By the end of the 20th century, sprawl had reshaped metropolitan areas across America. While central cities still remained a focal point for government, financial, and large corporation day-time office workers (and night-time theater goers), they had been drained of newer production industries, and of middle- and upper-income residents. As development continued to disperse, a new demarcation even emerged: inner suburbs versus outer suburbs, with inner suburbs starting to face a loss of economic vitality as commerce and population relocated to even more peripheral locations. Ominously, America’s entire sprawling, auto-centric development pattern remained precariously dependent on foreign oil.