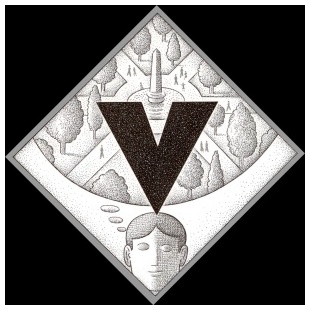 Many of America’s early planners were people of vision whose creative imaginations continue to make our cities livable and memorable. In 1791, Pierre Charles L’Enfant envisioned an immense, world-class national capital on the Potomac. L’Enfant’s plan included broad diagonal avenues cutting through a grid of streets. Key intersections of avenues and streets provided settings for monuments and fountains.

In 1901, a team of planners led by Daniel Hudson Burnham undertook a vast extension of the original plan, continuing L’Enfant’s central axis to the west, and reorienting it to pass through the Washington Monument. This created sites for the Lincoln and Jefferson Memorials at the end of grand axes. 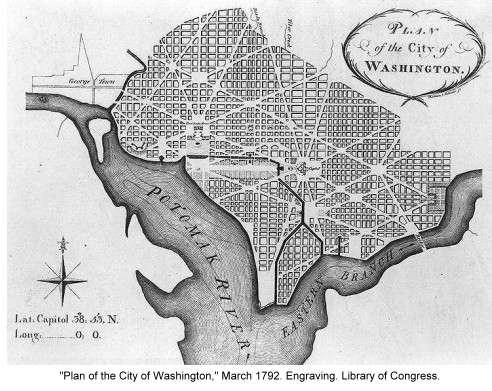 Without vision in carrying the L’Enfant Plan forward, the Washington Mall would have continued to be cluttered with private interest activities, and the Washington Monument would be overlooking a vast Potomac River mud flat (referred to by turn-of-the-century politicians as “that Godforsaken swamp!”). Instead, the National Mall today provides a wonderful heart to our capital city, while the mud flat is parkland providing the sites for the Lincoln Memorial and Reflecting Pools, and more recently, the Vietnam and Korean Veterans Memorials. Planners of vision see potential; those without vision see only the swamp.

In the 1850’s, Frederick Law Olmsted, Sr. and Calvert Vaux built on the creative vision of New York City’s civic leaders who had purchased (for $5,000,000!) a site for an immense “central park.” Olmsted and Vaux planned for the recreation and public health needs of a future city of millions, designing a park that quickly became a national model. Central Park provided for separation of traffic types, huge “natural” greens, and the careful placement of perimeter walls, interior depressions, and tree plantings to assure the isolation of visitors within this “Greensward” from the city immediately beyond.

The Plan of Columbus, Ohio is an excellent example of the value of vision in planning (as well as how unforeseen events often permit visions initially deemed “impractical” to be capable of implementation in unexpected ways). This 1908 plan envisioned a new urban open space lined with public buildings, leading downhill from the State Capitol, terminating at a new armory located at the opposite side of the Scioto River. The plan was immediately denounced as too grandiose and impossible to realize. But the principal visions of the plan were shortly made realizable by fire and flood: the old Columbus City Hall burned and the Scioto River flooded, destroying derelict riverside industrial buildings.

The result: A new city hall was built on cleared ground next to the Scioto River. The river was widened and gradually lined with public buildings. This new river-focused open space ended at the restored Civil War Era Ohio State Armory. In this manner, the grand vision of the 1908 Plan was realized by turning the original concept 90 degrees, substituting city hall for the state capitol, a historic armory for a new one, and water for grassed esplanade. Indeed, the Columbus Civic Center was ultimately realized at a scale more than nine times as large as proposed in 1908!

In more modern times, visionary planning can be seen in the 1962 town plan for Reston, Virginia, a brilliantly conceived vision of “urbanism in the countryside;” in the 1979 Capital Center Plan for Providence, Rhode Island, which set the framework for the revitalization of that city and for such amenities as Waterplace Park; and in comparable planning efforts across the country. Vision is imagination capable of inspiring planners and builders to respect the works of today, while moving forward with greater visions of the community of tomorrow.