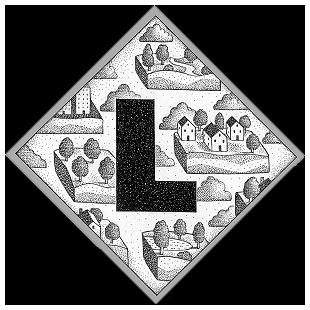 Land ownership and subdivision in America has long been subject to detailed legal requirements and procedures. That was certainly true during America’s Colonial era, as each colony prescribed the steps needed to lawfully acquire and prove ownership of land. Procedures for “patenting” (i.e., lawfully acquiring by deed) land typically required that a warrant be obtained allowing the land to be surveyed, and that the resulting survey plat (including a description of the property’s location, size, and owner-ship) be filed with the colony’s land office. Procedures for transferring land parcels were also spelled out.

Through the nation’s early decades, quite large and irregularly shaped parcels were common in the East, as ownership reflected large agricultural properties which were usually defined by natural features such as stream beds and ridges. However some urban areas (most notably New Haven and Philadelphia), as early as the 17th century, adopted rectangular grid street and property systems.

The grid system would reach its zenith in New York City’s Plan of 1811, which established a 25 by 100 foot land subdivision unit, resulting in city blocks 200 feet deep and 600 feet long -– a pattern to be replicated in many newly developing cities.

As America expanded, Congress enacted the Land Ordinance of 1785, establishing the familiar Midwest pattern of one-mile square sections within thirty six square mile townships. Boundaries were aligned with the cardinal points of the compass. Within the grid, major streets were run along section lines and block lengths were commonly limited to 660 feet, one eighth of a section.

The coming of the railroads altered this pattern to some extent, as railroad rights-of-way often ran diagonally across sections. Railroad companies established towns with gridiron streets parallel to these oblique rights-of-way for a few blocks at each side of the railroad station, beyond which the streets were adjusted lo link up with the north-south, east-west overlying grid. 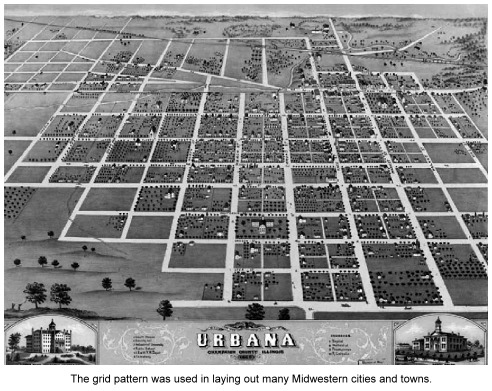 By the mid-19th century, many cities were adopting “Official Maps.” An Official Map illustrated the location of all public buildings, public land, and the alignment of all current and proposed future major streets. After a city adopted an Official Map, permanent buildings were barred from being constructed in future street rights-of-way.

With the increased urbanization of the late 19th and early 20th century came abuses in land subdivision, including the platting of parcels too small to build upon or without access to a public street. New streets (especially where there was no Official Map) might also have rights-of-way varying widely from one property to the next. Recognizing the need for coordination, New Jersey, in 1913, became the first state to require that each land subdivision be referred to a local agency for an advisory review before the plat was filed.

The arrival of large scale suburban development in the 1920s led to the adoption by communities across the country of detailed subdivision controls. These regulations specified minimum property width, depth, and area; minimum frontage on a public street; and minimum right-of-way, paving widths, and street curvature for new streets. They also required the “dedication” of the land in street rights-of-way to the public. It was not long before communities were expanding this dedication requirement to include the giving of land for public parks to accommodate the recreational needs of new residents. Editor’s note: see also Martin Leitner and Elizabeth Garvin’s PCJ article, “An Introduction to Subdivision Regulations” (July/August 1992).