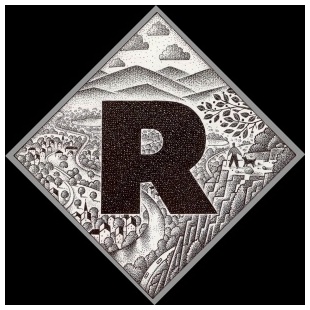 Governor James Oglethorpe‘s 1733 plan for Savannah — America’s first regional plan — set a framework for growth by providing for development by planned neighborhood units, focused on public squares, and edged by through streets.

A key feature of the plan was the provision of public land reserves for future neighborhood additions. The plan also provided for Savannah’s urban center to be bounded by small allotment gardens for growing food for family consumption. These gardens were, in turn, rimmed by a network of larger farm plots. Each grouping of ten farms shared a wood lot, providing fuel and game. 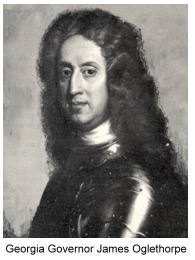 Oglethorpe’s recognition of the connection between agricultural production and urban vitality remains instructive for planners today. See S is for Sustainable Development.

The first modern city plan of a regional nature was George Kessler’s 1893 metropolitan parks plan for Kansas City, Missouri (see O is for Open Space). Coincidentally, 1893 also saw the opening of Chicago’s Columbian Exposition, which inspired The City Beautiful Movement in America and provided the impetus for the landmark 1909 Plan of Chicago. The Chicago Plan proposed acquisition of vast areas for future park and forest preserves and a regional road system.

Following a devastating flood in 1913, the State of Ohio authorized creation of the nation’s first regional functional authority: the Miami Valley Conservancy District. The District operated within an “overlay zone” that ran through communities in the region. The State authorized the District to plan; to build and own flood control works; to tax property to pay for these undertakings; and to control land use for flood plain management purposes. [The Miami Valley area of southwestern Ohio also led the way with another regional planning first: the adoption of the nation’s first “fair-share” housing plan in 1970. See I is for Inclusionary].

In the 1920s, regional planning was often equated with county planning. This was not surprising, given that most metropolitan areas of the time were wholly located within a single county. However, a broader view of regional planning took shape in the early 1920s when an influential group of planners, housing advocates, and conservationists (including Lewis Mumford, Clarence Stein, Henry Wright, and Benton MacKaye) founded the Regional Planning Association of America (RPAA) to promote the designed and controlled expansion of the American city. As Mumford observed: “Regional planning is the New Conservation — the conservation of human values hand in hand with natural resources.” [From Mumford’s 1926 essay, “Regions — To Live In,” republished in Donald Miller’s The Lewis Mumford Reader].

At the same time, the Russell Sage Foundation funded the preparation of a regional plan for a vast area surrounding New York City, stretching from central New Jersey to Connecticut. The RPAA had great hopes that this plan would articulate a comprehensive approach to regional land use planning, preserving a distinct pattern of farmland, village, and countryside. Instead, the plan focused on the development of road systems and regional park reserves. It was this transportation-oriented model of regional planning which took hold across America.

One of the most significant federal actions in support of regional planning occurred in 1969 with the issuance of “Circular A-95” by the U.S. Office of Management and Budget. “Circular A-95” was designed to implement the Intergovernmental Cooperation Act of 1968, which recognized the need for “sound and orderly development of all areas, both urban and rural.” A-95 required all requests for federal categorical grants (nearly 150 programs) to be reviewed by area-wide planning agencies for consistency with regional plans. Although rescinded by President Reagan in 1982, the A-95 review process lives on in many states which provide their own mechanisms for such review.