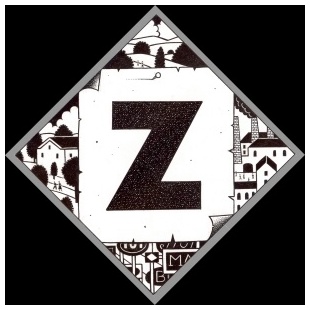 The first modern American public land use zoning restriction was enacted in San Francisco in 1867 to constrain the location of obnoxious uses. Los Angeles, in 1909, applied land use controls to an immense area it had annexed, sparking a series of lawsuits that culminated in the U.S. Supreme Court’s 1915 ruling in Hadacheck v. Sebastian. The Court upheld the City’s prohibition of brickyards in a residentially zoned district, despite the fact that the brickyard in question predated the residential development.

While California cities explored land use controls, in the East the focus was on control of building height, bulk, and yards. Actions to limit the height of buildings and to vary these heights by zones taken in Massachusetts were found to be constitutional by the Supreme Court in Welch v. Swasey in 1909. This was followed three years later by the Court’s clearly implied approval of building setback controls in Eubank v. Richmond.

In the early decades of the 20th century, New York City was faced with construction of tall buildings that cut off light and air to the streets below and to surrounding buildings. It also experienced an invasion of manufacturing uses into areas that were predominantly residential and business in character.

In response, in 1916, New York enacted the first “comprehensive zoning code.” It utilized the three geographically zoned elements that the U.S. Supreme Court previously acted on (building height, setbacks and yards, and land use) and combined them in a single ordinance that included the entire area of jurisdiction. This combination of factors still defines “comprehensive zoning.”

Most communities hesitated to follow New York’s lead in adopting comprehensive zoning because the circumstances of the Hadacheck case included an immediate threat to public health as well as the land use zoning issue. Would the Court have approved the Los Angeles zoning if the brickyard in question had not also been a direct threat to the health of neighbors? 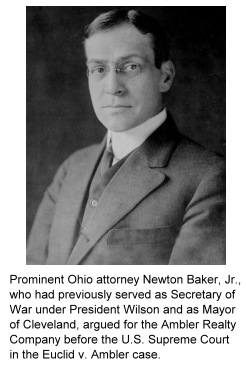 In 1926, in Euclid v. Ambler, a case without a direct health threat issue, the Supreme Court supported comprehensive zoning, including the creation of single-family residential districts. With the Court’s ruling, comprehensive zoning spread across America, and single-family-only districts became the preferred zoning for new residential development.

Spatial segregation of uses over ever-increasing distances became a major characteristic of zoning. This often resulted in rings of increasingly low density single-family residential zones as one moved outward from the city center, along with widely separated retail and employment areas.

In the past decade (as noted in Y is for Youth) a countercurrent has emerged. Zoning codes are increasingly being redesigned to foster development of neighborhoods of mixed land uses and varied life styles and income, often at higher densities.

Also of note, a sort of “parallel universe” of land use controls (that actually predate zoning) has expanded in the form of private covenants and restrictions applied to properties in most new developments. What these rules prohibit may be of greater consequence to many Americans than what is set out in the local zoning ordinance.

Editor’s note: to access the many PCJ articles dealing with zoning.