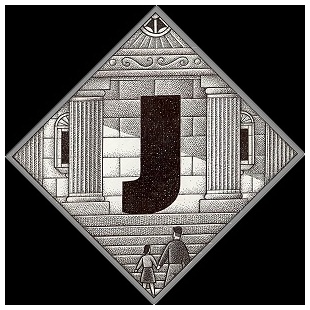 “Justice” implies the execution of public policy through due process of law and in accord with the Constitution and the Bill of Rights. In the American system of justice, the ultimate arbiter is the U.S. Supreme Court.

Undoubtedly the most significant Supreme Court decision of the 19th century for planning was Munn v. Illinois, decided in 1877. Ira Munn, a Chicago grain warehouse owner, challenged the State of Illinois’ setting of maximum rates for the storage of grain. Munn argued that the law deprived him of his property rights in violation of the 14th Amendment. In finding in favor of Illinois, the Court, however, ruled that:

“When one devotes his property to a use in which the public has an interest, he, in effect, grants to the public an interest in that use, and must submit to be controlled by the public for the common good, to the extent of the interest he has thus created.”

This ruling provided the legal foundation for all land-use and zoning controls that followed. It answered the query still heard in public meetings throughout the country, “What right does the government have to tell me what I can do with my property!”

Clearly, the Supreme Court decision of the 20th century that had the greatest impact on planned community development was the 1926 Euclid v. Ambler ruling. In Euclid, the Court supported comprehensive zoning -– the public control of land uses, heights of buildings, and setbacks and yards all in a single ordinance and for the entire area of jurisdiction. This ruling opened the door for communities across the country to engage in zoning and use it as the primary tool for plan implementation.

In the decades preceding the 1960s, land use and development policies did not commonly address the question of fairness. Few questions were asked as to biases and inequities in the exercise of community development practices. But the mass dislocation of citizens of color -— and the poor of all colors —- precipitated by the Urban Renewal clearance projects and Interstate Highway construction programs of the late 1950s and early 1960s (coupled with zoning practices that severely curtailed alternative housing options for those dislocated) generated a movement among planners that called into question the “justice” of community planning and its practices.

The link between regional development and justice came to a head in Cleveland, Ohio. During the 1970s, Cleveland lost over 400,000 people, as well-to-do residents streamed to surrounding suburban communities. This left the city with a high percentage of its population at or below the poverty level. The Cleveland City Planning Commission and its staff, headed by then Planning Director Norman Krumholz, positioned themselves as advocates of “equity planning.”

Cleveland’s planners used information concerning the city and region to publicize inequities and to support regional and central city strategies designed to address impediments to the attainment of a more just society. As the Commission put it in its 1975 Cleveland Policy Planning Report: “Equity requires that locally-responsible government institutions give priority attention to the goal of promoting a wider range of choices for those Cleveland residents who have few, if any, choices. … The Commission merely affirms what has been advocated consistently throughout history: that equity in the social, economic and political relationships among men is a requisite condition for a just and lasting society.” Editor’s note: see Norman Krumholz’s “A Retrospective View of Equity Planning,” Journal of the APA (Spring 1982), currently available as an online pdf.