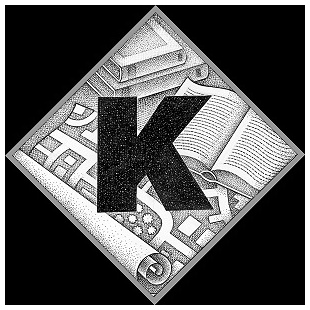 The development of community and regional planning policy, when done well, is an exercise in the rational application of knowledge (information and relationships) to the determination of just, equitable, appropriate, economically efficient, and politically effective public actions.

Rational planning assumes the availability of data upon which to make decisions. But in the early 1900s, when the first large-scale modern city plans were created, such data simply did not exist. It was not until 1907 that the Russell Sage Foundation undertook the first statistical survey of an American city in Pittsburgh. National housing statistics were not available until the 1940 Census was reported, and reliable data on traffic generation by land use type did not appear until the 1980s.

Given this general lack of dependable information, most planning focused on gathering local population statistics; mapping land use data, and traffic patterns and volumes; and mathematically projecting this information into the future to arrive at bases for a physical plan to accommodate these projected future “needs.”

What might be termed the “classic” planning process, as developed in the early decades of the 20th century, followed three sequential steps: (1) data gathering; (2) plan making; and (3) plan implementation. The first step involved the gathering of all information about the community that might be needed later in the determination of plan policies. The second step was the preparation of a plan (policies and their expression in a physical map) based on this knowledge. The third step was the formulation of processes for putting the plan into effect.

This “classic” planning approach, however, was critically flawed in two ways. First, since data gathering preceded the consideration of plan policies, it was impossible to gather all of the information that might possibly be needed in the evaluation of an unknown number of policies, options, and elements that might be developed at a later date. As a result, this first-phase fact gathering often incurred large cost (and time) overruns.

The second “flaw” –- or built in bias -– in the “classic” planning process lay in the fact that it was premised on the projection or continuation of past trends. In other words, past trends became the policy-bases for the comprehensive plan. As a result, plans rarely reflected any vision for positive change. Instead, they reinforced historic patterns. Unfortunately, this meant that local plans rarely addressed past inadequacies and injustices. Using the terminology of modern environmental impact review, plans were based on the “no-change” scenario.

By the end of the 20th century, this older “classic” planning process had been replaced in many communities with a far different approach. “Modern” planning processes began not with the acquisition of immense amounts of data, but with the creative visioning of alternative futures -– establishing community goals, alternative patterns of development, and the means of their attainment. With potential alternatives set out, the acquisition of data could be more limited, focusing on just that information needed to test these specific ideas. As a result, more time, money, and attention could be addressed to the goals of planning and plan implementation.

Knowledge of past development trends and current development statistics remains critically important. But most planners today complement this knowledge with an analysis of the cause-and-effect relationships between land qualities, population, land uses, and transportation. Most importantly, planners evaluate potential alternative future development patterns and their physical, social, economic, and environmental consequences. Responsible planning is a creative art using data from the past and knowledge of interrelationships to create new and better communities for the future.