In this installment, Della talks about selling cars. What lessons does that have for local economic development?

People tell me all the time that the job of an economic developer is to “sell” their community. I think that definition is misleading, and potentially damaging.

When you examine conventional economic marketing methods and materials, you perceive pretty readily that the skill sets for selling a community are, in essence, the same skill sets as selling television sets or cars: communication, persuasion, positive spin, getting people to like you, persistence, closing the sale.

That is the nature of a sales job. I have sold professional services for 20 years. I get that.

But we have three problems with “selling” a community like a product or service today. And I suspect that communities who cling to this paradigm will make themselves increasingly irrelevant professionally — and hobble themselves in the process.

The first problem is that the nature of sales and related professions themselves is changing, and changing swiftly and profoundly. If you don’t believe me, go hang out with some marketing or advertising people for a while. Being in a national center of consumer marketing in Cincinnati, I get to be a fly on the wall for these conversations fairly regularly. But a few issues of the magazine Fast Company will give you a taste.

The marketing and advertising professions are going through gut-wrenching changes — not just because of the shift in media consumption, but because of upheavals in popular expectations about how companies and brands and products should behave — how they should relate to customers and consumers.

Marketing gurus now insist that you have to have a dialogue instead of just talking at your customers. You have to engage them, be authentic!! The basic ideas seem to be mostly in place, but professional advertising and sales people are still trying to figure out how to make it work. Read the media coverage of the ads on the last Super Bowl and you’ll see what I mean.

The second problem with the old sales model is that the nature of the businesses you’re talking to has changed. To an ever-growing extent, they have more sophisticated expectations than they did 30 years ago. They are more likely to look for detailed data, ask probing questions, look at issues that don’t show up in your advertising brochures, like your community’s political stability. On top of that, for communities that are recognizing the importance of retaining and expanding their existing businesses, traditional sales model becomes increasingly irrelevant. Try to sell a used car to the person who used to own it, and you’ll see what I mean.

When I taught a professional economic development course a couple of weeks ago and asked the students what they were responsible for in their communities, more than one said “quality of life” — an answer I would have never heard 10 years ago.

The third issue is that the nature of our responsibility is changing. We are finally starting to understand that it’s all connected — that our communities are interdependent ecosystems, not a thing with separate parts.

Housing and parks and community organizations and fiscal structures are all part of economic development — sometimes we call that by the overused term “Quality of Life.” When I taught a professional economic development course a couple of weeks ago and asked the students what they were responsible for in their communities, more than one said “quality of life” — an answer I would have never heard 10 years ago.

Quality of life is shorthand for “the stuff that we used to let the planners and park guys and whoever deal with, but now it’s what the businesses are asking us about.”

You cannot sell your way to quality of life … and you cannot put a sharp marketing effort on a place that doesn’t offer what people are looking for when they can go to citydata.com and see the truth about your education rate, or go on Google maps and see how shabby your parks really are.

As I have mentioned, my father was a casualty of the early 1980s recession, and spent most of three years trying to find a new job. My father loved cars, and was devoted to both Chrysler and the local dealership franchise that sold Chrysler products. So when he was offered a job selling used cars for that dealer, it looked like a dream come true.

He sucked at it. 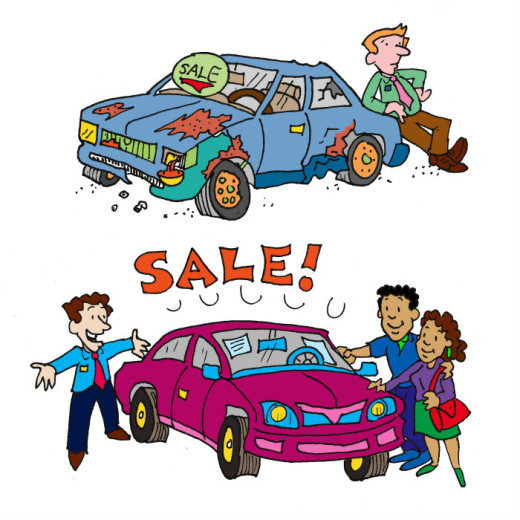 In the days before CarFax and blue book prices online, used car selling was closer to horse trading than what we have today. Selling late 1970s and early 80s K cars meant putting a lot of lipstick on pigs, and a lot of haggling over prices. I was pretty young, and he died many years ago, so I don’t know all the details.

But my theory is that he knew too much about what was under the hoods of these lemons, and as a reasonably upright guy, he couldn’t fully commit to what he had to do to sell clunkers to rubes.

Many years later I bought a Saturn (I married into a GM family — there’s a rule against inbreeding). Saturn was the first car brand to set its prices without haggling, so the sales process was more about educating the buyer.

Saturn put its salespeople in polos and khakis (groundbreaking in itself in the early 1990s), hired younger people and women, equipped them with detailed information on each model, purposely took a low key approach and basically turned your usual assumptions about buying a car on its head.

Set pricing and polo shirts and the like are standard parts of the car buying process now, but if you remember the early days of Saturn, their approach was groundbreaking.

I bought my last Saturn in 2007, in the second to last year before GM shuttered the brand (I’m still driving it). By that point, my dad had been dead for five years. And in one of those weird moments that hits you out of nowhere when you have lost someone, I choked up in the middle of filling out the paperwork.

The thought that flattened me out of the blue:

Dad would have been a hell of a good Saturn salesman.

The Saturn model of sales is hardly innovative in auto sales anymore. But it was a precursor to the demand of transparency and informed customers and insistence on a relationship model that all of the sales-related professions are wrestling with today.

Your potential “buyers,” both inside your community and out, don’t want a glossy ad.

They want information that they can trust and use to help make better decisions.

They want to know whether your community is a good fit for their plans.

Chances are, they might be thinking more long-term than some of your elected leaders hounding you for quick wins. So if you want the work you do to have meaning, if you want it to make a real difference in your community, don’t give in to selling used cars the old way.