In today’s installment, Della starts off by asking why we still view economic development as a contest, then considers “magic bullet” thinking, and wraps up by discussing “those pesky unintended consequences” that so often seem to crop up.

What Does Winning Matter?

“How do we win?” is the wrong question. Too often, we have thought that we “won” and the win turned out to be hollow … 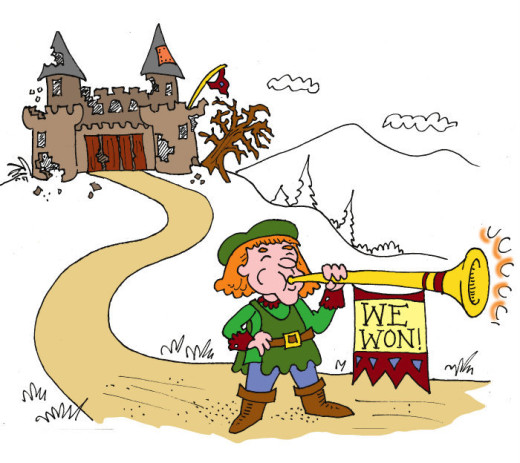 … or have unpleasant side effects for the community. And too often we have conveniently ignored the fact that someone a lot like us lost.

We are doing something more complicated than a foot race. What does the model for economic development look like if we assume that the goal is something with more real meaning than “winning?” If we allow the emphasis to remain on competing and “winning,” and if there is no critical evaluation of what we’re trying to win and what we’re competing for, then we have no opportunity to get out of the eternal descending loop.

I initially wrote this at a conference, listening to the keynote speaker from a back room. While feeling pretty discouraged.

I definitely support the speaker’s message: Locally-grown businesses are critical to local economies, and they should be a high priority for a community’s economic development attention.

Amen, preach it, brother. Right there with you.

But then I started to get worried.

As much as I buy into the importance of small business — and there’s a section coming up that’s all about it — thinking that we are going to revitalize or grow our local economies exclusively through this method means falling prey to the magic bullet myth. The same one that underlies urban renewal, convention center building, pedestrian malls and a whole host of other methods that were supposed to magically solve all our communities’ problems.

If you build it, they will come.

The fact of the matter is that regional and national economies have changed since the days when our purchasing was limited by our walking distance.

As consumers, we have a stunning array of choices, from local businesses to mega-franchises to niche internet and mail order businesses — places that we can buy from without even knowing where they are in the world. And if you expand your view beyond retail, which is of course only a small element of a local economy, the fact of the matter is that the economic universe has become simultaneously more fragmented and more interconnected.

If I manufacture something, I can choose to make a highly specialized widget that I sell directly companies anywhere in the world, or I can make a mass-produced doohickey to stock on the shelves at the mega-mart. I can do either, or both, from the same town and the same building.

I just finished insisting that local economies are ecosystems, interconnected locally and interconnected with the world. Our local communities aren’t sealed biospheres in a glass globe; they are at once their own creatures and part of the larger region, country and world.

Historically, when we have focused on a one-shot approach, we have done so without answering all the questions we should have answered, and that often creates bigger problems. Without knowing what demand a community can generate for local services, what problems could a one-shot approach generate? Oversupply? A cost-cutting race to the bottom? Vacant buildings designed for this small business economy and not suited for other uses?

We do need to focus our attention, and a large part of our focus should be on our locally-grown small business community. But we need to maintain more than one focus, because our communities have more than one dimension.

We need to build our communities’ economies as portfolios — we need to choose the best opportunities across a variety of sectors and strategies, and we need to spread our resources — strategically, and not scattershot. We have no magic bullets — not even the ones that we want to have those powers.

As communities — as humans, really — we do a consistently lousy job of remembering that our brilliant ideas and why-hasn’t-anyone-else-thought-of-this-holy-shit-I’m-a-genius moments … have this annoying tendency to not turn out exactly the way we intended. Sometimes our brilliant idea just plain doesn’t work, but even more often it does exactly what we intended — and a whole lot more besides.

We tend to ignore the fact that our choices can create or set us up for other impacts that were not what we had in mind.

Those additional impacts are called unintended consequences. And psychologists and cognitive scientists have pretty conclusively demonstrated that we are inclined to overestimate how much we know what we are doing.

They’ve also documented that, unless we force ourselves to do otherwise, we tend to ignore the fact that our choices can create or set us up for other impacts that were not what we had in mind.

So welcome to Human Existence 101.

This is one of those situations where the mental tricks we evolved to help us survive the Ice Age don’t fit so well with the complexities of our societies today. If you’re a nomadic hunter-gatherer, thinking through all of the things that could go wrong with that mastodon hunt might mean that you starved in the cave.

The problem is that we live, of course, in much more complex environments now — and we have found in the last 150 years or so that we have to actively manage those environments. So we have city managers, public service departments, council committees, community development corporations, economic development agencies, planning commissions, and tons of other folks, professional and advocate, who take on the job of helping to manage the bigger community system.

The problem really is that we too often try to improve communities using the same basic mental tools that allowed us to hunt mastodon. We place faith in our ability to find and implement The Right Answer, and allow ourselves to conveniently forget to think about what else might go wrong.

All that would be excusable, if it weren’t for the fact that so much of our communities’ current problems are themselves the unintended consequences of another generation’s overconfident Right Answer.

Think about how these 20th and 21st-century innovations have impacted your community. Had benefits as intended, to be sure, but also created new, often wide-ranging problems:

You will probably have your own list of unintended impacts. For sake of reference, here’s mine:

So much of what we face in communities today can be traced directly back to the Bright Ideas and Magic Solutions of previous generations, many of which came out of our department or organization. Huge amounts of the resources we have to work with become chewed up, sucked up by, consumed by undoing impacts that the Big Idea generators of past generations never thought of, or never admitted to thinking of back then.

So you’d think we would know better, that we’d put at least some thought into not getting fooled again. 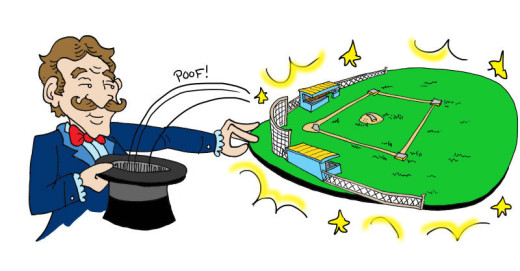 Unintended Consequences. They’re real, they exist, and they aren’t going away. So we have to learn to deal with them better.

And we can. There’s no easy formula, but there are ways we can become more rigorous in thinking them through. The next few sections will start to talk about how. And because one of the characteristics that we commonly attribute to people who are Wise is the ability to think ahead, we’ll frame a lot of this in terms of wise people. Think Einstein, Mandela, maybe your mom. My kids would probably not think of their mom.

Think of the story of the Wise Men in the Christian Bible. Three people recognize the signs in advance of what’s going to happen, they react appropriately, and then they anticipate what could happen if they go back and tell the king where the baby is (OK, they had a little help with that last part, but go with it.) Their wise choice to go back home a different way avoided an unintended consequence.

Of course, it set up a different, rather awful unintended consequence. Which also tells us something.

Unintended consequences, sometimes bad ones, will still happen sometimes, despite our best efforts to anticipate and head them off. But that doesn’t mean we don’t have an obligation to try to prevent them.

For some additional reflections on the challenge of having both strong locally-based economies and a highly integrated national economy, see my 2007 post “National <—> Local.”

Coming Next: Drifters and Destiny Commanders