Today, Della Rucker take a look at the role unintended consequences play, and then asks why we don’t do a better job of evaluating our actions and policies.

A wise person doesn’t only think ahead, he or she also anticipates and prepares to deal proactively with the unintended consequences of a decision.

How do you anticipate your unintended consequences?

That sounds like an oxymoron — how do you anticipate your unintended consequences?

This is why thinking ahead becomes so important — if we think rigorously and systematically about the things we decide to do, we can often anticipate that there are possible consequences to our decisions that we didn’t intend.

The easiest unintended consequences to figure out are those that will impact me directly — the ones that will come back to bite me in the butt.

If I am thinking about putting an addition on my house that I really can’t afford, and doing so will put me at risk of being unable to pay all my other bills, then the potential unintended consequences of my choice to add onto my house are pretty obvious. Since I will have to deal directly and immediately with those unintended consequences, they are part of my system — that means that these consequences should be relatively easy to see, if I am honest with myself about what all might happen. I might delude myself into thinking I can have it all, but that’s not failing to think ahead. That’s just being a dumbass.

The hardest, and potentially most troubling, types of unintended consequences fall into a group that traditional invisible-hand economics call “externalities.” These are the impacts of a decision that accrue to someone or something else — the impacts are external to the person or organization that made the decision.

Of course, it’s not that simple.

As I mentioned, my father and grandfather ran a small paint company in the 1960s and 1970s. In those days, there were few rules regulating hazardous materials, and most of the compounds in paint hadn’t been officially recognized as hazardous anyways. Like most paint factories, theirs generated lots of garbage — batches of paint that didn’t come out right, test pots, empty containers, broken equipment, etc.

The company was located on the edge of a steep gorge that ran through town … and standard operating procedure at the factory was to toss the cans, pots and other garbage over the hillside. This wasn’t uncommon — people used to use that gorge to discard a lot of types of refuse. I remember 1950s-era car fenders and mattresses in the brush along the hillside farther downriver. 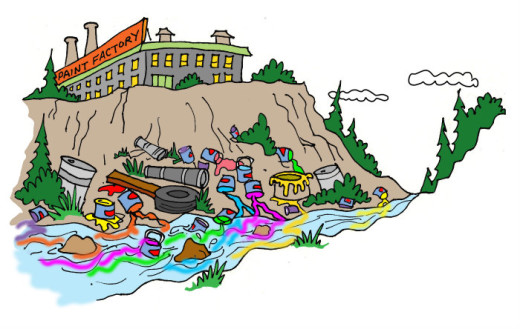 The company closed in the early 1980s, and as far as I know all of the officers and stockholders are dead. But the old paint cans on the side of the gorge are probably still leaking — my brothers, who still live in the area, have heard friends talk about seeing rainbow-colored scum on the creek surface downstream from the factory site.

When the day comes when that property gets cleaned up, it won’t be my dad’s company doing it. Instead, it will probably be the state Environmental Protection Agency. Which means that, even though I didn’t do the polluting, as a taxpayer, I and all of my neighbors across the state will pick up the tab.

The problem with most externalities, from a local economy point of view, is that those impacts aren’t really external to us at all. One way or another, they end up affecting us as individuals, and us as a community.

As we continuously challenge our local governments and state agencies to deal with more and more externalities with less and less resources, our capacity to manage unexpected consequences continues to erode.

Most of the time it falls to a public agency, like the EPA, to go on the front line of dealing with externalities, whether it’s environmental cleanup or sheltering people who cannot survive in the modern economy on their own. And if no one deals with the externality, it will create its own set of consequences and impacts to us or to others, who will in turn impact us. And as we continuously challenge our local governments and state agencies to deal with more and more externalities with less and less resources, our capacity to manage unexpected consequences continues to erode.

At the end of the day, all of this means that the externality isn’t external to us as a community at all. There really are no externalities, because none of us live in isolation, entirely separated from the impacts created by others. There is actually little or nothing that can be excluded from the economic equation — we live in a complex, interdependent system, not Adam Smith’s series of simple, separate transactions.

There isn’t an easy answer, or a magic hat consultant, or a download-from-the-app-store solution.

Our only choice: use the best thinking and decision-making tools we can come up with to try to systematically avoid or manage externalities. We can work to identify the potential unintended consequences of decisions, we can use the tools available to prevent or manage externalities, and we can keep a close eye out for new unanticipated consequences that we will have to address

Because we will have to address them. It’s just a matter of time. 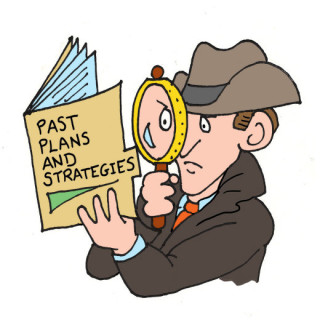 Storm Cunningham, author of ReWealth and other books, pointed out to me one time that communities seldom do any forensic work on their past plans and economic development strategies, so the whole process lacks the kind of feedback that other industries have. And that leads to exactly the same behavior — and quality standards — decade after decade.

[We] desperately needs to have after-action reports (like the military) analyzing what went wrong and right. But neither the public client nor the private provider are interested in seeing their failures exposed, so the industry languishes in “going through the motions” mode.

Other than anecdotes and our gut sense, we often don’t really know whether a particular recommendation was a good idea or a bad idea, even years later.

We cannot really say whether what we proposed had the intended effect or unintended consequences. We know from the experience of the last few decades that big ideas can go badly awry, but we don’t fully know when or why that might have happened.

There is a lack of intellectual rigor, a limited reason to place trust, in a situation where we praise the process and the product, but have no idea what the results will be.

No one likes to see their mistakes exposed. Much easier to move on, to leave it in the past.

1. No one likes to see their mistakes exposed. Much easier to move on, to leave it in the past.

2. Local and regional governments and community nonprofits — and their staff — are generally hard pressed to get through the day-to-day requirements they have to meet to keep the place running. Going back through the records and teasing out how the plan did or didn’t influence development or decisions usually looks like decadent luxury.

3. A lot of time has to pass — probably at least 5 to 10 years — before the recommendations of any kind of moderately ambitious plan substantially play out. Which means that there may be no one left who remembers the plan to begin with, and if they do, they are probably ready to move on to the next iteration and not mess around with the old one.

All of which makes me think that evaluating the effectiveness of long-range plans and economic development strategies might be one of the most influential activities that university programs could undertake.

If academics and students devoted at least a portion of their time to understanding how past plans did and didn’t work, instead of focusing exclusively on how they ought to work, they would not only fill in some glaring holes in our theories and practices, but the students would come out of school with a more rounded understanding of what our usual methods can — and do, and do not — do. That would make them better professionals, and it would make them more effective professionals.

And the insight that they helped create would equip us with a higher capability to actually make something happen.

Editor’s note: Read follow up Q & A where Della responds to a question I posed about what you just read.

See also Jim Segedy & Lisa Hollingsworth-Segedy’s article Are We There Yet? (about using benchmarks & indicators).

Next in The Local Economy Revolution: Design Arrogance