As I’ve said before, anyone who was hanging out in the Rust Belt in the 1970s knows that the problems that the national media has been squawking about didn’t drop out of the sky in 2008.

Economic Development models of “winning” while our neighbors suffer? … This isn’t working.

So many of our community policies, our institutions and programs and organizations — and perhaps more importantly, the assumptions that we built them on — are simply mismatched to the needs of a new world and a new economy. Yelling matches offered up as political debate? Tax systems based on a 19th century farming economy? Economic Development models of “winning” while our neighbors– to whom we all know we are really joined at the hip — suffer? Promised solutions that oversimplify the divergence and messiness of the humans that are supposed to live in these places?

You don’t have to have an economics degree to see that in many cases, however you define it, this isn’t working.

Thomas Kuhn wrote years ago that the most critical scientific discoveries, the most profound observations, require someone or a group of someones to break through the unexamined assumptions that underpin the status quo. 1 Because those assumptions are unexamined, we don’t always see them. They are literally invisible in plain sight. 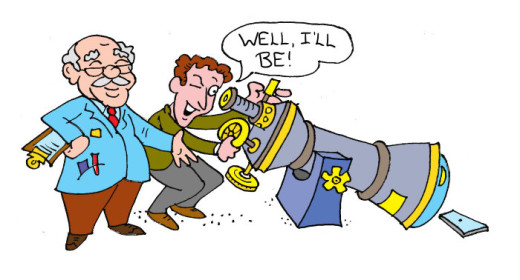 Those limitations stay in place until we figure out how to see them in a new way, or we encounter someone who is coming into the situation from somewhere else — someone who can see where our barriers lie and doesn’t believe in their legitimacy. Real breakthroughs often require entirely new thinking.

What does that have to do with you, in your local government, in your job, in your community?

It means that each one of us who wants to make things better, who wants to build a better future, has to find ways to either bring out or be the conduit for that new thinking, for the way to find a new approach.

Yes, I know that you report to someone, have a budget, have responsibilities, don’t want to rock the boat too badly. No one said you had to trade in your suit for camel’s hair and eat locusts.

Instead, may I give you a gentle encouragement to start looking for the walls of your community’s, your profession’s, your organization’s paradigm. Think about what you and your peers are assuming, and what the alternatives might look like. Talk to people who have a different perspective — who come from other communities, other types of organizations and jobs. They might not want to rock your boat either, but there’s no harm in pushing them a little… and see what you can learn.

Many of our communities depended on the support of a relatively small group of 800 Pound Gorillas who, whether elected or not, basically ran the town.

Here’s the question that extends from the paradigm shift we’ve been talking about:

What can we who work with cities and towns and neighborhoods do to build better, more resilient community ecologies?

One of the implications of that previous chapter is that we need to broaden the definition of the types of people we work with — and for economic development and other types of community initiatives, one of the first places we’re inclined to look for partners is the business community. A lot of us know that we had predecessors who worked hand in glove with The Business Community — we have black and white pictures in the hallway of our offices of serious-looking men in suits and horn rimmed glasses sitting around the boardroom table or cutting a ribbon somewhere.

And if we know our community’s history, we might even know about the things that they did to make stuff happen — new highways, big developments, big factories. Big Stuff. Read a local history, and even if you manage to mentally strip out the common booster heroism in the stories, you’ll see that in many communities, there was a small group of people who Got Stuff Done.

We got lazy in the 20th century in a lot of ways, but one of them that we don’t always talk about is that we got used to assuming that someone else would take care of us. That might have been the City Fathers, the Big Business that employed everyone (presumably for life), the Big Philanthropists who put their names on the library and the ball field. Many of our communities depended on the support of a relatively small group of 800 Pound Gorillas who, whether elected or not, basically ran the town.

I probably don’t have to tell you that those 800 pound gorillas are mostly extinct.

I spent time recently working with a classic Rust Belt city, where we had a variant of a conversation that I have had more times than I can count:

In this community’s history, the 800 Pound Gorillas consisted of the (mostly) men who owned the major factories. Need to raise money for a project? Need new blood on City Council? Need to set priorities, kick someone into gear, make something happen? As long as you could get their attention (and you were willing to let it be done their way), it would happen. Stuff Got Done. 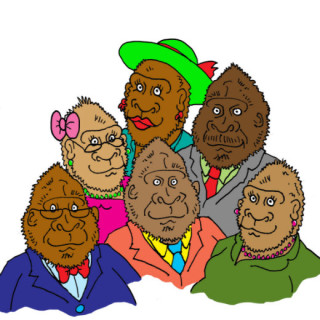 In this community, as in hundreds of others, the 800-pound gorillas are gone. Why doesn’t matter — it’s that combination of local and national and international forces at play.

But it’s water under the bridge now. Instead, this community has a large number of smaller players — 100-pound or 50-pound gorillas, if you will. Smaller businesses, smaller employers, smaller pots of money. More leaders serving out of town corporations, with a stake in the place but not the deep roots that the old gorillas used to have.

It’s not just that the obvious sources of money and leadership have declined, which they have. More profoundly, one of the most powerful impacts of this part of the sea change is that it’s nowhere near as simple to get that capacity in motion as it used to be. Since we became so accustomed to having that small, manageable group of gorillas to do our heavy lifting, we didn’t have to think too hard about how to get them to work together. They just sort of did it, and we often didn’t ask how.

We have to actively engage the smaller gorillas, help them learn to work together, and help them find ways to harness themselves together.

One of the key challenges that this community and others like is face is that we don’t know how to harness the gorillas together. And the new group of gorillas don’t automatically know how to do it themselves. So we underestimate the capacity we actually do have, we decry the loss of the Good Old Days, and we assume that we are stuck, that we can no longer make our communities better.

Like so many of these issues, we have to evolve beyond seat-of-the pants assumptions and the rules for playing together that we learned in elementary school. If we are going to help the communities we care about develop better economies, we are going to have to do so in a world where we can’t be passive, where we cannot simply rely on someone with big muscles and deep pockets to do it for us. We have to actively engage the smaller gorillas, help them learn to work together, and help them find ways to harness themselves together.

That’s a different role for economic development and other kinds of community leaders, but it’s a role that we have to step in to. It means that we have to:

We no longer live in an era where we can take healthy, vibrant communities for granted (maybe we only thought we could). We have to work with the gorillas we have. And we can do that, but we have to consciously shift our methods to help that happen.