Della Rucker continues her focus on the issue of talent and local economic development, and then considers what young job seekers are looking for in deciding where to live and work.

Some Animals Are More Equal than Others 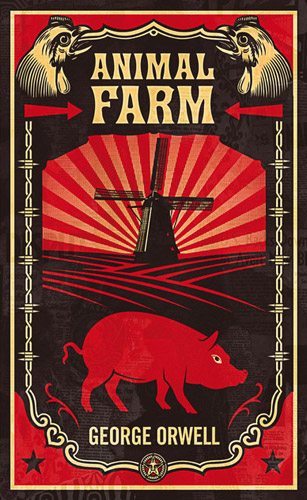 That might be the most uncomfortable quote people remember from high school English. I suspect you at least sort of recall the story: barnyard animals, attempting to create an egalitarian society, end up with a pig-driven dictatorship.

Paul Davidoff 1 does not approve.

Democracy 101 is pretty adamant on this point: everyone participates, everyone has a stake, if you’re going to bend over backward for anyone, it had better be those who feel like outsiders – the poor, the less-educated, the minority. Everything is open, every voice has the same weight.
But we have a problem.

We live in a world where the economic potential, economic growth and long-term economic vibrancy of a community — really, its ability to stay alive – depends more and more on that place’s supply of talented, creative, innovative people. From academics to local staffers, local economy discussions return over and over and over again to the same refrains:

There is not a shortage of humans. There is apparently a shortage of talent. Which means there is a shortage of economic fuel, of the stuff that will determine whether we can pay for what we need or not.

We have a problem.

We feel obligated to say that everyone matters, but the cold hard fact is that some people have more economic value than others.

Our elected leaders and our planning colleagues say that all people are important, but only some of them are keeping us afloat. We feel obligated to say that everyone matters, but the cold hard fact is that some people have more economic value than others — not just for themselves, but for communities and regions and nations.

The engine driving the economy is people, but it’s not all people. It’s the Talent.

I don’t think it’s any surprise that we are moving swiftly away from an economy based on building things with interchangeable widgets (or people), to an economy where value comes from creating something new. We find ourselves in a situation where education, initiative, and the discipline or good luck to have not made bad decisions in the past separate a valuable economic input from a dead weight.

Richard Florida describes cities as being “spiky” 2 — places with talent attract more talent and have faster and stronger economic growth, while everyone else loses what talent they had and fall farther and farther behind.

To those who have much, much will be given. To the rest of you … good luck.

Your economic future depends on your talent, and not everyone in your community is talent.

And here is the heart of the struggle: people who deal with economic development, whether they call themselves economic developers or planners or administrators or whatever, know that all this is more and more true. Your economic future depends on your talent, and not everyone in your community is talent. And we have less and less flex in the system, less and less margin of error. We cannot afford to give everything to everyone.

But when you have to decide on the strategies you will need to develop for your community to thrive into the future, you find yourself in a damned hard place.

Some animals are more equal than others.

When you are a consultant, you are supposed to have all the answers. People look at you with expectant eyes: Tell us how to fix this. Show us how to solve this. Make it better.

And God knows, us consultants, we want to fix it. We do.

I don’t know how to fix it. I don’t know if it can be fixed. There’s an inherent conflict here between the belief that all people matter and our need for self-preservation, between democratic ideals and economic realities, between Paul Davidoff and Richard Florida. Somehow we have to hold both, deal with both, accept the contradiction and not let it put us in a chokehold. But how? I don’t know.

I do know that there is no easy answer. We have to deal with the fact that economic potential and community decision-making both require people, but they don’t involve the same people.

That has to be part of our sea change. And it’s an issue of political education as much as anything. To do our jobs, we’re going to have to catch up.

Does the Talent Want What We’re Offering?

This section is edited from a piece written by my good friend Bill Lutz, a community development manager in a pretty forward-thinking small city. Bill captures the essence of the conflict that faces economic development today — and sets it in the framework of ongoing generational change.

We need to have our eyes wide open about how the world is changing around us, especially if we are old enough to have gotten comfortable with the status quo. As a Gen Xer, I find myself straddling two increasingly divergent views of the world — views that are firmly ensconced among people ten years older, and ten years younger, than I am.

In my professional life, I don’t see this division as pronounced anywhere as it is in the world of economic development. Too often the actions of community leaders in the field, on the ground, reflect old and unspoken assumptions about what a community needs for its economy. And as Bill points out, in a different way than anything else I have read on this topic, our assumptions about something as fundamental as what it is that the “talent” wants may be diverging from reality.

We’re going to have to change. So we might as well get started. I’ll let Bill take it from here.

Last month, a nearby city collected a major win in the game of economic development. A nutritional supplement maker decided to build a new production plant for one of their products in this small community. The project will lead to the building of a new $270 million facility and create in excess of 200 jobs. These are substantial and impressive figures.

Each week, drive by the site and each week there is more and more progress on this massively large building. But I can’t help but wonder if this facility is creating the jobs that our future employees will want to fill.

I know it’s almost sacrilegious to ask such questions in the heartland of American manufacturing, and there’s no shortage of people out there who would be glad to take any job, not matter what. But in terms of the people that we keep identifying as the Talent, I think these are more open questions than we want to admit.

Ask anyone currently managing manufacturing industries, and you’ll hear the same refrain: there are not enough qualified people to fill the jobs that are out there.

That sounds counter intuitive, given the relatively high unemployment rates. Looking at those that are younger, the unemployment rates are even higher. And we increasingly attribute that to a Job-Skills Mismatch, and try to redouble efforts to provide new, better, more sophisticated training.

And yet, these gaps persist — and they persist so broadly that it’s clearly more than a one-industry problem. There’s something more pervasive here, even after we account for the usual complaints of less-than-ideal literacy skills, work ethic, drug testing, etc.

All of those issues might be factors, and more. But I think it’s too convenient to simply blame this generation’s perceived lack of work ethic or poor education. I am sure my grandfather’s generation thought my father’s peers were a bunch of slack-jawed hippies who couldn’t carry their own weight.

What I am starting to believe is that the jobs we are creating aren’t the types of jobs the next generation wants or needs to fill.

If you read a broad cross-section of the regional and national press about economic development issues, two themes emerge pretty consistently:

#1: Economic developers all across the country are tripping over themselves to get big businesses to come to town — and often throwing a lot of money at them in the hopes that this will make something happen.

#2: Young job seekers, particularly the ones that we identify as our potential Talent, aren’t interested in working for big corporate conglomerates. There’s growing evidence – and there has been for a decade or more — that post-Boomer workers are looking for something very different from the Organization Man model that most corporations still hew to in their practices … even if the promises that were supposed to come with Organization Man employment can no longer be trusted. 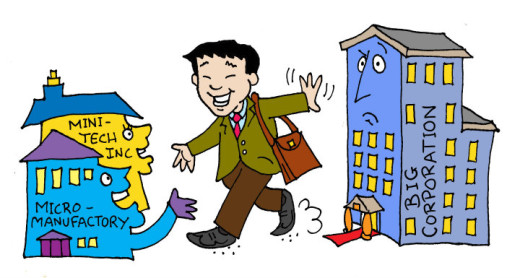 Take those two statements together, and you get a very different sense of where the problem might lie.

The post-Boomer generations of workers grew up in turbulent times. … to a large extent, [they] never had reason to develop faith in the corporation.

The post-Boomer generations of workers grew up in turbulent times. In many parts of the U.S. and the world, they saw their parents and other adults lose their jobs, whether it was the manufacturing collapse of the 1970s and 80s or the corporate restructuring of the 1980s and 1990s. They know that their parents had been told that theirs were supposed to be career jobs, but it didn’t turn out that way. Job loss wasn’t invented in 2008 — the post-Boomer generations, to a large extent, never had reason to develop faith in the corporation.

In part due to the lack of these jobs, many in this generation grew up with their mothers going to work leading to another generational phenomenon: the latchkey kid. These were the kids that came home from school to an empty house, and it was in these few hours a day that these kids learned to be self-reliant.

So can we honestly be surprised when we see that the most talented of this generation of self-reliant individuals reject the job offers of big business when they come to town, or don’t last when they discover what a mismatch there is between their guts and these places?

There’s lots of information, both legitimate and sort of pop culture-ish, that claims that post-Boomer workers demand to be flexible and agile. They want to continually build new skills and new abilities, and if necessary, many are willing to do it on their own. Fewer and fewer of these workers seem to be interested in signing up for a job, only to be pigeon-holed in a dead end — especially with the ever-present risk of a pink slip handing over their head.

Are the communities we live in attracting the kind of jobs and careers we need if we want to sustain our communities’ futures?

Next: The Paper Machine and the Gardener