We asked planning commissioners to tell us how long they’ve served. 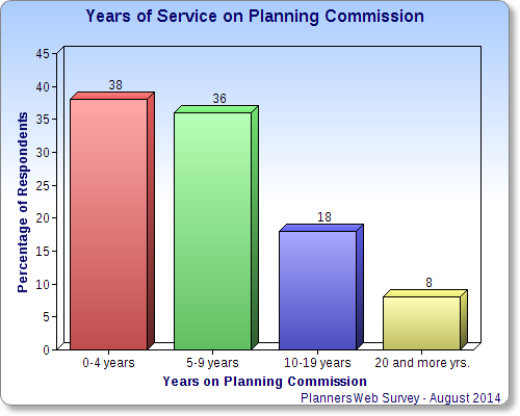 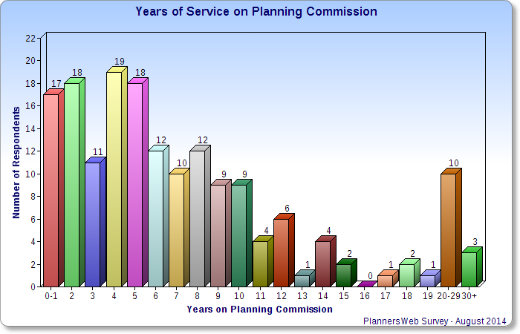 As you can see, there’s quite a range. The average length of planning commission service for our respondents is 7 and-a-half years. 1

This may indicate that many commissioners enjoy their work, and are willing to serve for relatively long periods of time. In fact, over one-quarter of our respondents have served for 10 years or longer. Two planning commissioners who participated in our survey — one from Illinois, the other from New Hampshire — have each served for 42 years. All we can say, to use textspeak, is OMG! 2

In another question, we asked commissioners whether they’ve ever served as chairperson. Altogether, 43 percent said they had. You can see how these responses correlate with length of service in the table below. Not surprisingly, those who have served longer are much more likely to have also served as chairperson. 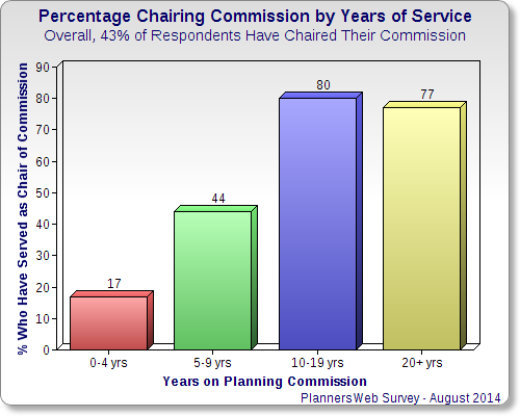 The bottom line — at least from what we heard back from our respondents — is that many planning commissioners are well-experienced and have played a leadership role on their commission. 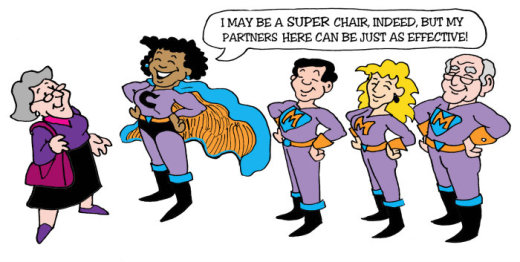 In our questionnaire, we also asked who selects members of the planning commission. Here’s what our respondents told us. 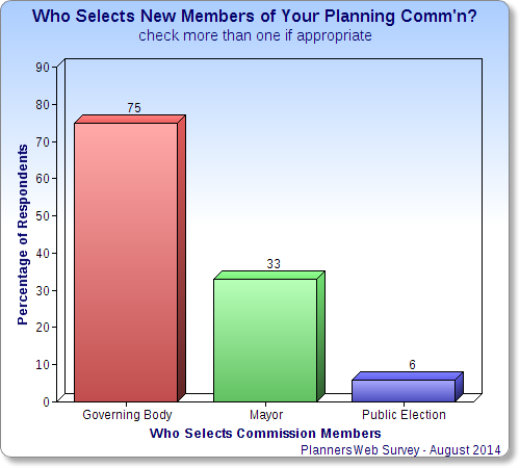 As you can see, for three-quarters of our respondents, the governing body (i.e, city council; county commission; selectboard; etc.) has that responsibility, at least in part. In some places, both the governing body and the mayor are involved — 16 individuals noted in their comments that their mayor provides a recommendation to the governing body. 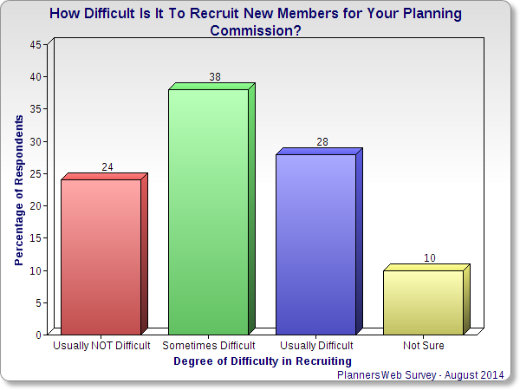 We filtered the responses to see if there might be a connection between difficulty in recruitment and the type of community respondents are from (i.e, big city, small city, rural area, etc.). Note: see our earlier post for how we define “big city,” “mid-sized city,” and so on. 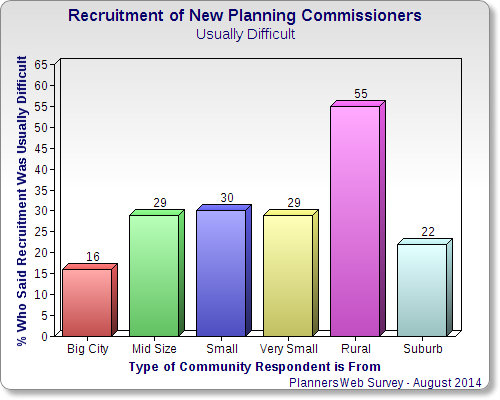 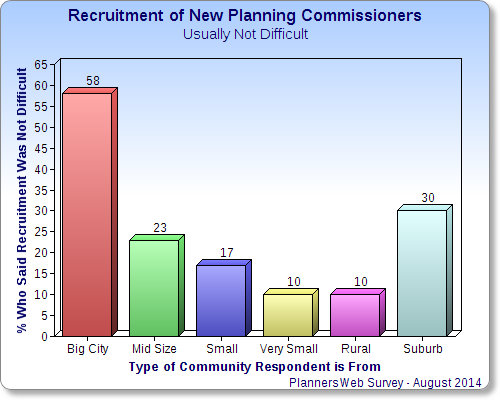 Our results — not surprisingly — show that respondents from big cities have a much easier time recruiting new members than those from very small cities/towns or rural areas.

While, as we’ve noted before, our survey was not designed to reflect a scientifically-based random sample, our results — not surprisingly — show that respondents from big cities have an easier time recruiting new members than those from very small cities/towns or rural areas. 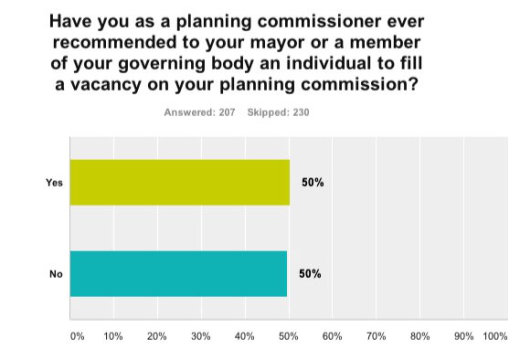