Our survey question (which we asked only planning staff to reply to):

What are the most important skills you’ve found in serving as a staff planner or planning director? Please provide up to three responses.

We received a total of 471 comments from 170 planners (many provided two or three comments). Many of the comments fell into fairly distinct categories:

1. Communication Skills in Writing or Public Speaking. This was mentioned as one of the most important skill planning staff should have by 73 (43 percent) of those responding.

2. Listening. The ability to listen to what people are saying. This type of skill was cited by 43 (25 percent) of those responding.

There were also smaller groupings, which we’ll go over later, including: organizational skills; being neutral and objective; being good at negotiations or consensus building; analytical abilities; having a thick skin; being flexible; being good at research; and valuing customer service.

The ability to communicate well was by far the most often mentioned skill for a staff planner to have. Many of those commenting simply put the words “communications” or “communications skills” in their response, but 25 specifically mentioned writing skills, and another 20 cited public speaking ability.

We also included in the communication skills category responses from five planners who noted the value of “presentation skills.”

Must be able to communicate differently based on the audience … cannot use “planner speak” all the time.

Among the responses, a Virginia planner cited the importance of “oral communication — being able to explain regulations, processes, etc. to people of all backgrounds.,” while another commenter from Virginia noted that: “Effective communication skills: must be able to communicate differently based on the audience (i.e., cannot use ‘planner speak’ all the time).”

“A planning director needs to be a good speaker to tell the planning story,” said an Iowa planner. From a New Mexico planner: “Ability to write solid planning reports … Clear, precise, accurate writing is valuable beyond measure.”

While listening skills could be considered part of the broad category of communication skills, we found it sufficiently distinct to report out the totals separately. Some 42 planners mentioned listening as one of the three most important skills for staff planners to have. 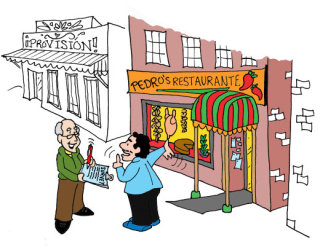 Many of the comments were straightforward, like: “ability to listen” or “listening to members of the public.” Among other responses: a planner from Connecticut noted the importance of “listening skills when dealing with an angry citizen or commissioner,” while a Washington planner mentioned, “Listening and being receptive to diverse opinions.”

Listen to questions fully before responding.

“Patience is a virtue,” the old adage goes, and 22 planners share that view by citing it as one of the most important skill for professional planners to have.

Most all of the responses simply included the words: “patience” or “be patient.” But a Vermont planner noted: “Being patient. Good things take time,” while a planner from Alabama made this pairing: “Patience and calm to try to explain a planning point of view.”

We would have guessed that this would have been the most often mentioned skill for planners to possess. But from our questionnaire, just 19 planners — 11 percent of those responding to this question — included comments relating in one way or another to having planning-related knowledge or skills.

It’s possible that this kind of knowledge was assumed to be part of what it takes to be a professional planner — and not viewed as a skill worth separately noting. 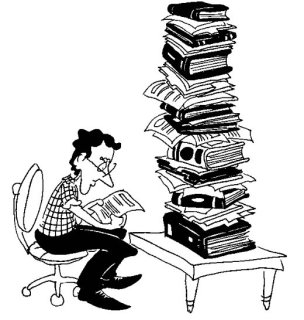 What kind of knowledge did those planners commenting have in mind? Among the responses:

We categorized 18 comments as relating to what we would term “people skills.” These included comments like: “Ability to relate to co-workers and public,” and “Development of relationships with the public and elected officials.”

Ability to talk with almost anyone.

A Vermont planner noted as an important skill, “Cultivating relationships with all types of people while demonstrating independence/independent thinking,” while planners from North Carolina and New Hampshire respectively wrote: “Being personable and able to have a conversation with a stranger,” and “Ability to talk with almost anyone.”

There were several other fairly frequently mentioned skills:

We categorized comments from 17 planners as broadly dealing with organizational skills. Among the comments: “project management;” “time management,” “prioritizing tasks,” and “able to hire talented staff.”

Keeping all the balls in the air and not letting anything drop.

As a planner from Virginia wrote: “Organization — keeping all the balls in the air and not letting anything drop,” while an Ohio planner described the skill as: “Choosing the right task for the right time for the right place.”

Being neutral or open-minded was listed as an important skill by 16 planners.

Among the comments: “being neutral/un-biased in applying rules or regulations that I might not philosophically agree with;” “staying non political;” and “keeping neutral and helping people see all sides of the issues.”

Sixteen planners mentioned a range of problem-solving skills, such as: “ability to get consensus on a topic;” “collaboration/consensus building;” and “being a problem solver and facilitator.”

As a planner from Texas noted: “Being good at assisting others to reach compromise is vital!,” while an Alabama planner wrote: “Try to help commission understand that planners and developers have different perspectives, and compromise is often needed.”

We found 12 comments that related to the importance of planners having analytical skills. Comments included: “critical thinking;” “ability to analyze diverse information,” and “being comprehensive in analysis.”

A Rhode Island planner said, “Being able to analyze effect of projects and recommended improvements,” while a planner from Hawaii wrote: “Able to define the problem and come up with alternative solutions.”

Having a Thick Skin

Ten comments mentioned the need for planners to have a thick skin.

You get beat down and have to make sure you are doing it for the love of the job.

“A planning director needs to have a thick skin and learn not to take rejections and opinions personally,” wrote a planner from Iowa.

Along similar lines, a New York planner said: “You have to have heart to be in this business because you get beat down and you have to make sure you are doing it for the love of the job.”

Nine planners commented of the value of “flexibility;” “versatility; “ability to multi-task;” or “adaptability.”

Eight planners focused on the importance of research skills.

Among the comments: “willingness to do thorough research; “research skills — the ability to find reliable information about a variety of subjects;” and “data collection”

Seven planners mentioned customer service as one of their three top skills for planners to possess.

You have to pick your battles.

We also received a wide range of assorted comments, including:

Certainly, all good “skills” for planning staff to possess.

Editor’ Note. The following articles we’ve published touch on the role of the staff planner:

— Commission and Staff: Expectations of Each Other

— The Role of the Professional Planner

Our Next Post: Frequency & Duration of Planning Commission Meetings