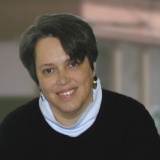 Kennedy Lawson Smith is a principal with the Community Land Use and Economics (CLUE) Group, a consulting firm specializing in downtown economic development.

She joined the staff of the National Trust for Historic Preservation’s National Main Street Center in 1985, and in 1991 she became its director, a position she held for 13 years. During her tenure, the Main Street program was widely recognized as one of the most successful economic development programs in the US, expanding to a nationwide network of almost 2,000 towns and cities.

Kennedy wrote a series of articles on downtown development for the Planning Commissioners Journal between 2005 and 2007. She is a popular speaker on retail development policy, commercial district development, and historic preservation issues

Besides benefiting residents and drawing in visitors, our downtown main streets can also be good for the environment. Main Street consultant Kennedy Smith explains.

Can local government take private property away from its citizens and develop it for something that will generate more tax revenue? On June 23, 2005, the U.S. Supreme Court said “yes.”

It should be no harder to develop downtown than elsewhere. Yet, as PCJ columnist Kennedy Smith argues, too many regulatory hurdles often face downtown development.

How do you size up the health of your downtown district? Kennedy Lawson Smith offers some insights.

Noted national “main street” expert Kennedy Lawson Smith makes the case for why downtown should matter to planning commissioners and others..

Basics of Putting Together a Comprehensive Plan

Take a look at this excellent series of articles by Jim Segedy & Lisa Hollingsworth-Segedy.

Our 5-part series on the relationship between staff planners and planning board members.

An Introduction to Form-Based Codes

Joel Russell & Mary Madden of the Form-Based Codes Institute cover the basics of this new approach to zoning.

Planner Gwendolyn Hallsmith offers a progressive take on planning for local economic development in this five-part series starting with Coping With Economic Meltdown.

Ever wonder how a pro-forma is put together & what it is used for? This four-part article provides an easy to understand introduction.