Put simply, a form-based code is a way to regulate development that controls building form first and building use second …

As communities confront the need to update their zoning ordinances, many are discussing form-based codes. But quite a large percentage of those are not quite sure what this relatively new planning and zoning tool is all about.

Put simply, a form-based code (FBC) is a way to regulate development that controls building form first and building use second, with the purpose of achieving a particular type of “place” or built environment based on a community vision.

Some may ask, “isn’t that what zoning does?” But towns, cities, and counties across the country are increasingly finding that conventional zoning is not fulfilling this essential goal.

Not only does most zoning fail to implement plans for the future, many towns and cities are also realizing that their current zoning ordinances would not even allow them to rebuild their historic centers and neighborhoods. At the same time, more and more people are concerned about sprawl and its impact on our health, our pocketbooks, our time, and our environment — despite the fact that most of the sprawling development in the U.S. today is built exactly according to our development regulations.

How Did We Get Here?

Zoning, as we know it, was born as a result of the Industrial Revolution — with smokestack industries producing unhealthy environments and overcrowded tenements creating unsanitary living conditions — as a means to isolate and segregate incompatible land uses. Throughout the 20th Century, towns and cities attempted to separate uses at an increasingly fine grain (i.e., not just residential separated from commercial and industrial, but retail from office, single-family residential from multi-family, and even large houses on large lots separated from small houses on small lots) with local zoning ordinances becoming increasingly complex — with dubious results.

Editor’s Note: for more on the origins of zoning in America, see Professor Laurence Gerckens’ “American Zoning & the Physical Isolation of Uses” and “Single-Family-Only Zones.”

After the Second World War, land development became a fragmented process driven by economies of scale. Technical specialists controlled individual facets of the development process — the traffic engineers designed the streets and sidewalks, the fire department controlled the relationship between buildings and infrastructure, the parks department managed parks, and planners administered zoning codes that determined minimum lot sizes and what land uses were allowed in different zones. Attorneys codified all of the rules that dictated what could or could not be done. Each discipline typically worked in isolation.

The resulting built environment reflected whatever could be developed after the specialists had their say — usually a hodgepodge of unintended consequences rather than the product of a coherent vision.

Unfortunately, many of these practices have continued to this day.

These regulations have been largely dependent on abstract numerical tools such as “dwelling units per acre” and “floor area ratios” that provide an artificial and misleading level of specificity and precision. A density of 20 dwelling units per acre can result in many different building forms. Although FAR requirements may be carried out to a decimal point, this density parameter will not tell you how tall a building can be (absent other height limitations) or how it will relate to the street or to adjacent buildings. An FAR of 1.0 can result in a one-story building that completely covers the lot or a 3-story building that sits on only 33% of the lot.

This system has yielded several unintended consequences. Among the most significant:

⇒ We have developed millions of acres in which it is virtually impossible to live without an automobile. Not only is this expensive and time consuming for able-bodied adults, it isolates those individuals who cannot drive due to age (young and old) or physical disability. Walking (as a means of transportation) in these locations is inefficient at best, typically uninviting, and frequently unsafe. As we’ve come to recognize, continued reliance on automobiles for all activities of daily life is a major contributor to climate change and our obesity epidemic. Editor’s Note: For more on this point, see “Wow, That’s Quite a Cut” (about the Portland, Oregon, metro area’s efforts to reduce the mode share of single-occupant vehicles and lower vehicle miles traveled) and “A Call to Action … and to Walking” (with data on the obesity epidemic and how it relates to physical activity).

Is it any wonder that new development is typically opposed?

⇒ We have built “developments” or “projects” without a “sense of place,” with little or no relationship or physical connection to one another (to such an extent that we often require buffering and setbacks between them!) Is it any wonder that new development is typically opposed, based on the assumption it will make things worse — rather than add value by making a community more complete.

Conventional zoning has focused on privately owned land and ignored the “public realm” — that part of a town or city that belongs to all of us.

⇒ Last, but not least, conventional zoning has focused on privately owned land and ignored the “public realm” — that part of a town or city that belongs to all of us. In many cities, over one-third of the publicly owned land area is located in the public right-of-way — the streets and sidewalks — but it is typically treated, not as a hospitable human environment, but as a “traffic sewer” toward which new buildings turn their backs.

But this was not always the case, and many communities are realizing that a vital public realm is a valuable asset that promotes community identity, creates a sense of place, and provides economic development opportunities.

Are towns and cities prepared to change their approach? Do they have the right tools? The goal of form-based codes is to turn this fragmented micro-management of use, density, and public spaces by technical specialists on its head. Using form-based codes, communities first determine the type of physical place they want and then draft regulations to produce that end result — using interdisciplinary teams that coordinate regulation of uses, building locations and forms, streets, sidewalks, and other public spaces. The remaining articles in this series will describe how this is done.

Misconception #1 — Form-Based Codes Are Not Zoning

Form-based codes differ considerably from conventional zoning, but they are still zoning.

All land development regulations that regulate private land are adopted by local governments under the authority of state laws generally referred to as “zoning enabling acts.” 1 Form-based codes are zoning, but they are also more than zoning. They also regulate things that are not typically part of zoning, such as the design of streets, sidewalks, and other public spaces. These parts of the “public realm” are generally in public ownership and are usually regulated through such tools as public works manuals and subdivision regulations.

Form-based codes recognize that all of these pieces of our fragmented land use regulatory system (zoning, subdivision, and public works) are interrelated. As a result, FBCs put the regulations together in one place where their relationships are illustrated and easy to understand. 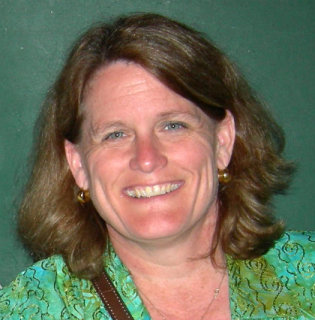 Mary Madden, AICP, has nearly 20 years of experience in the fields of urban planning and design, community development, and historic preservation at the federal, state, and local levels. Her recent projects have been completed in a variety of diverse locales, including: Peoria, Illinois; Memphis, Tennessee; Farmers Branch, Texas; Prince George’s County, Maryland; Marquette, Michigan; Arlington, Virginia; and Fayetteville, Arkansas.

Ms. Madden frequently speaks and writes on the topics of urban design and form-based codes. She co-authored “Place Making with Form-Based Codes” for the September 2006 issue of Urban Land magazine, and was a contributor to the National Charrette Institute’s 2008 Best Practices Report, and to the APA/CNU publication Codifying New Urbanism: How to Reform Municipal Land Development Regulations.

Before joining Ferrell Madden LLC in 2001, Ms. Madden served in several positions at the U.S. Department of Housing and Urban Development. Earlier in her career, she was the co-director of the Mayors’ Institute on City Design. She currently serves as Chair of the Board of the Form-Based Codes Institute. 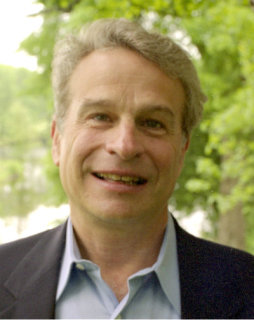 Joel S. Russell, a lawyer and planner, is the Executive Director of the Form-Based Codes Institute. Prior to assuming that position in early 2014, he was the Principal of Joel Russell Associates, serving as a community planning consultant and land use attorney to cities, towns, counties, and landowners for over 25 years. His national practice specialized in smart growth, traditional urbanism, form-based codes, and rural land preservation.

Joel has written and revised dozens of zoning codes, both conventional and form-based, published numerous articles, spoken at conferences, and co-authored reports, including “Codifying New Urbanism” for the Congress for the New Urbanism and the American Planning Association. He is a member of the Bar in New York, Massachusetts, and Connecticut, and received his Bachelors degree from Harvard and J.D. and Masters Degree in Urban Affairs from Boston University.

Over the years, Joel has written several articles for the Planning Commissioners Journal:
Building Your Planning Process From the Ground Up; Diagnosing Your Community Before You Plan; Rethinking Conventional Zoning; How Dimensional Standards Shape Residential Streets; and Land Trusts and Planning Commissions: Forging Strategic Alliances.

An Introduction to Form-Based Codes:

Part 1: What Is a Form-Based Code?

Part 2: The Emergence of Form-Based Codes

Part 4: How Form-Based Codes Are Written

Also available to order & download, our reprint collections including: