Hannah asked the participants about a Quonset hut in one of the city’s industrial areas, “What is this building?” The response she received was predictable: “It’s a factory.”  “But what COULD it be?” Hannah pressed.

Hannah asked the participants about a Quonset hut in one of the city’s industrial areas, “What is this building?” The response she received was predictable: “It’s a factory.”  “But what COULD it be?” Hannah pressed. “A factory.”  “Couldn’t it be something else?” Hannah challenged, hoping she was opening the door for some creative thinking. People scratched their heads. “A different kind of factory?”

Hannah’s story went on to explain that the residents of Binghamton could not imagine a future in which returning manufacturing wasn’t the mainstay of the economy. Finally a young newcomer to the community spoke up,suggesting that perhaps it was time to quit waiting for the factories to return, and rather than aspiring to growth, perhaps Binghamton could better reshape its future by becoming a quality no-growth city.

Many other small and mid-size cities have faced similar challenges to Binghamton’s as a result of the changing global economy. Particularly in the “Rust Belt,” industrial cities like Buffalo, Binghamton, Youngstown, Detroit, and Cleveland flourished in the post WW II years. Then in the last quarter of the 20th century, a downward spiral began: loss of manufacturing sector resulted in loss of population, loss of revenue to maintain infrastructure, and loss of community direction and focus.

What typically followed was a local scramble to attract growth … from anywhere. Communities desperate for growth began offering big incentives for industrial relocation. The emphasis was growing from the outside in, rather than building sustainably on existing resources, something that was already theirs

Growing from the inside out involves planting local economic seeds and nurturing them to be the new garden of opportunity.

Growing from the inside out involves planting local economic seeds and nurturing them to be the new garden of opportunity. In regions where manufacturing or mining sectors of the economy have collapsed, this involves recognizing that even without those traditional jobs, there are still many unique and interesting things that could become part of the new identity, and local skills and talent that — with a little encouragement — could flourish with a new market and business model.

Christian Gibbons’ concept of Economic Gardening was born when he realized that specialized skills and ingenuity still existed in Leadville, Colorado, even though the mine closing was causing major job and population loss. He applied it successfully in Littleton, Colorado, some years later to grow local entrepreneurship when the city fathers instructed him to find a way to keep out-of-state manufacturing firms from dictating the community’s economic future.

Similarly, other cities have capitalized on their unique opportunities to grow from the inside out.

Pawtucket, Rhode Island has a section of downtown devoted to tourism: its historic fiber mills are the earliest industrial-scale development in the USA.

Asheville, North Carolina, has transformed once-abundant vacant warehouse space in its downtown into thriving artists’ cooperatives that draw tourists and customers from around the world.

So how can you as a planning commissioner help your community reinvent itself from the inside out?

We’ll fill you in tomorrow. 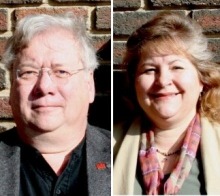 Not Giving Up on Flint