In his Planning Commissioners Journal article, McMahon argues that billboards are not only unsightly, but damage community character. He also responds to arguments commonly heard in favor of allowing billboards.

I asked Ed McMahon to take a few minutes to discuss some of the points he makes in his article.

Wayne Senville: Billboards have been a long-standing form of advertising. In fact, many older readers may have fond memories of Burma Shave signs along our roadways. Why have billboards become such a problem today that you’re advocating that communities shut the door on all billboards?

Ed McMahon: In a relatively short time, outdoor advertising has gone from Burma Shave to Blade Runner; from small and folksy to huge and intrusive. We have now entered the era of digital billboards — huge outdoor TV screens wasting energy while degrading the landscape and distracting drivers.

Today commercialism — particularly in the form of outdoor advertising — pervades our world to an extent unimaginable, even several decades ago.

Wayne Senville: One of the arguments in favor of having billboards is that they provide motorists with useful information. Isn’t that often true?

Ed McMahon: No one needs billboards. The vast majority of billboards advertise products or services that have nothing to do with motorist information: beer, cell phones, strip clubs, you name it. 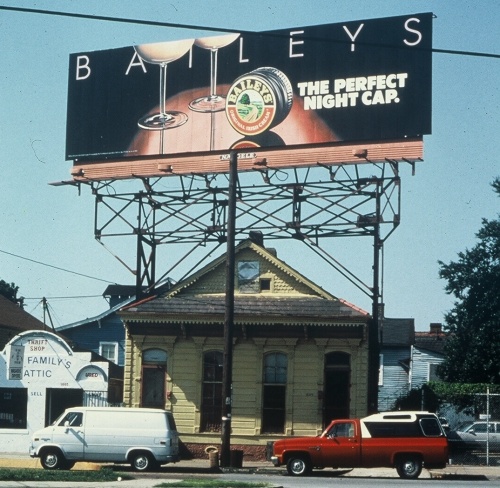 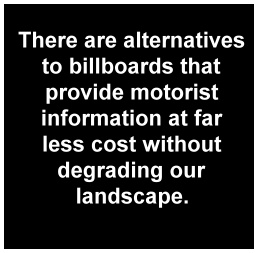 What’s more there are alternatives to billboards that provide motorist information at far less cost without degrading our landscape. For example, we have all seen  highway “logo signs” that advertise roadside services such as gas stations, restaurants, hotels, and tourist attractions. What’s more, information on roadside services is now readily available on smart phones, Blackberries, and vehicle information systems, like Onstar.

Wayne Senville: Is it really appropriate for government to be telling businesses how they can or cannot advertise their products? Why should advertising on billboards be treated any differently than advertising on TV, in magazines, or on web pages? Isn’t this just a question of government imposing its aesthetic tastes?

Ed McMahon: Billboards are the only form of advertising you cannot turn off or ignore.  There is a vast difference between seeing an ad — even the same ad — in a magazine, newspaper, on television, or on the internet. The difference is freedom of choice. When you buy a magazine or turn on the television, you exercise freedom of choice. You can easily turn the page or change the channel if you don’t want to see an ad.

In contrast, you have no power to turn off or throw away a billboard. Billboards force advertising on individuals and communities whether they want it or not. What’s more, billboards are on enormous structures that litter the landscape, cover entire buildings, block access to scenic vistas, and create a strident, hectic atmosphere in our cities and countryside.

Wayne Senville: Isn’t it an unlawful taking of property rights for local governments to prohibit billboards? What about billboard that are already up?

Ed McMahon: Courts have long held that billboards do not derive their value from the private land they stand on, but from the public roads they stand next to. Courts call this the “parasite principle” — because billboards feed like a parasite off roads they pay almost nothing to build, use, or maintain.

Carefully drafted billboard ordinances have met legal scrutiny for more than 50 years. Billboard regulation is not a legal problem, but a political problem. Curbing billboards is not easy, but it can and is being done.

Wayne Senville: In your article you mention several states, such as Vermont and Hawaii, that ban billboards. Doesn’t this hurt local businesses who are trying to attract customers?

Ed McMahon: Vermont, Maine, Alaska, and Hawaii all ban billboards, so do thousands of cities, towns and counties. These communities have found that beauty and placemaking are good for business; ugliness and excessive commercialism are not.

The former head of the Vermont Chamber of Commerce summed up this point of view, when he said “One of our greatest resources is our scenic beauty. Although there was some initial sensitivity that removing billboards might hurt tourism, it has had the opposite effect. Tourism is up for all  businesses, large and small.”

Wayne Senville: Do you find that the newer digital billboards represent a major change in the nature of outdoor advertising? If so, is it for the better or for the worse?

A community littered with ugly energy guzzling digital signs is the antithesis of a sustainable community.