Downtowns are once again becoming the place to live, work, and play. A growing number of our downtowns are providing a smorgasbord of uses with the hopes of creating thriving, 24/7 hubs of activity.

This new resurgence has taken on a slightly different mix of uses from the downtowns of old. The new downtowns are being built on daytime attractions and nighttime entertainment.

However, as more and more residents make their home in downtown neighborhoods, conflicts are on the rise — a side effect from thriving entertainment districts.

Although many of the new residents repopulating downtowns are young and enjoy an active nightlife, noise ordinances are being tested.

Conflicts between neighborhood associations and late night music venues have given pause to planning and zoning board members when approving mixed-use developments.

When there is a concentration of activity and a mix of uses, conflicts naturally arise. City administrators, planning commissioners, and sometimes local police can end up serving as mediators between conflicting uses. This is especially the case in many major college towns such as Gainesville, Florida.

As Christopher Curry reports in the Gainesville Sun: 1

“It’s 11 p.m. Thursday in mid-February at the courtyard of The Backyard bar in downtown Gainesville. … Several times a week, this outdoor venue … brings live music and DJs to a pocket of the Sun Center tucked away on the west side of the Hippodrome Theatre … draws patrons to neighboring restaurants and brings in needed money for businesses that have to pay downtown rent and several dozen employees, who rely on their paychecks to get by. …

[But] now, the venue is at the center of a clash over noise complaints and the sometimes inherent conflict between the two major ingredients of a thriving downtown — residents and nightlife.”

“The clash over noise between residents and nightlife is not new or unique to Gainesville,” Ruth Steiner, a professor of Urban & Regional Planning at the University of Florida, told Curry. 2 “When downtown areas were struggling in the 1980s and 1990s after businesses moved out to more suburban areas, they turned more toward live music and nightlife to take advantage of their central location and to fill empty building space,” Steiner said. 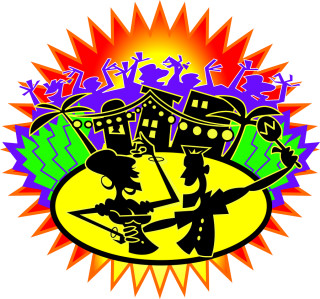 Gainesville was one city that followed that model. The downtown clubs and music venues became a “part of the economic engine of the city” and helped revitalize downtowns, Steiner added. Over time, residents — another key ingredient of a thriving downtown — began to move in. Clashes between the sometimes incompatible land uses follow. As a result, as Curry reports, the Gainesville City Commission is expected to consider revisions to its noise ordinance in upcoming months.

Seattle, Washington also found itself without an effective or enforceable tool or ordinance to address amplified music levels associated with nightlife. The City was challenged to resolve chronic noise complaints. A newly formed collaborative initiative, called the Joint Enforcement Team (JET), worked with the business owner, police, and residents to resolve noise issues — while still supporting the business’s contributions to the city’s music vitality.

The growth in downtown entertainment districts led to the creation, some thirty years ago, of a nonprofit organization called the Responsible Hospitality Institute (RHI) 3 Its mission has evolved “from pioneering responsible beverage service for hospitality staff to a broader mission of assisting communities” to plan safe and vibrant places to socialize. RHI’s “Sociable City Network” serves as a central access point to its nighttime economy research, tools, and expertise from worldwide practitioners, city leaders, and organizations.

RHI coined the term “hospitality zone” to encompass a broader definition of entertainment district, with a more positive connotation.

RHI coined the term “hospitality zone” to encompass a broader definition of entertainment district, with a more positive connotation.

One such example of the work of RHI can be found in downtown San Jose, California. The downtown core, once the center of retail and entertainment, fell into decline with the growth of suburbs and regional shopping malls. During the last twenty years the downtown core started to reemerge, experiencing a number of transition periods.

RHI conducted a “Hospitality Zone Assessment” — a summary of current status, along with objectives, action steps with specific tactics and milestones. It provided assistance on ways to mitigate impacts and conflicts generated by crowds at closing time. The resulting report 4 set out short and long term objectives of a safe and vibrant hospitality zone, as well as primary action steps toward developing a stronger nighttime economy. San Jose’s Downtown Association worked closely with the San Jose Police Department and the City Manager to implement the Hospitality Zone Assessment and Entertainment Zone policing.

The residential growth and popularity of Memphis, Tennessee’s South Main District nightlife has also created conflicts in this gentrified neighborhood. The neighborhood holds a monthly Trolley Tour event along its streets and sidewalks. Neighborhood businesses and residents support this event, as long as festivities do not extend into the late night hours.

Of course, conflicts between residents and nighttime-oriented establishments are not unique to the United States.

The Australian State of Victoria (home of the city of Melbourne) over the past ten years has taken an innovative approach to planning for live music venues and their potential conflicts with residents. An organization named Arts Victoria leads on matters related to the economic, social, and cultural contribution of venue-based live music in Victoria.

Arts Victoria has produced a “Live Music Practice Guide,” to provide guidance to the community and responsible authorities about how live music and sensitive uses can co-exist. 5 The Guide points out that recent settlement trends, particularly in inner urban areas, have increased the level of residential development concentrating in and around activity centers.

Victoria also formed a “Live Music Taskforce” to examine the relationship between live music venues and residential amenity, and the rights and responsibilities of live music venue proprietors, nearby property owners, and residents. Two actions were identified to be implemented:

• A change to the State Planning Policy Framework (SPPF) to include building design and urban design techniques as a measure to respond to adverse amenity effects of noise emissions from development.

• Establishment of practice advice to inform stakeholders on best practices regarding noise and live music venues.

One of the issues that emerged from the Live Music Practice Guide’s 2003 recommendations was the need to implement a principle that the “onus of responsibility should fall upon the agent of change.” That is, where changed conditions are introduced into an environment (for example through a new use, or changed operating conditions), the reasonable expectations of the existing land users should be respected. This applies to both venue operators and residents.

• For an existing resident, this means the continued protection of previous quality of life conditions in the event of a change to an existing venue’s operation or the development of a new venue. In these circumstances, the burden of any remedial measures, such as noise attenuation or modified operating practices, falls upon the venue operator –- the agent of change.

• For an existing venue operator, this means that when a venue is in compliance with relevant noise attenuation standards and its operation does not change, new residential or other noise sensitive development should not trigger new compliance requirements for the venue operator. The cost of any remedial measures, in this instance, would fall upon the developer or owner of the new residences since they’re (in this case) the agents of change.

Residents and venues are encouraged to act cooperatively in solving noise problems to promote a livable mixed use environment.

In all circumstances residents and venues are encouraged to act cooperatively in solving noise problems to promote a livable mixed use environment. Works undertaken to control noise at a venue are likely to provide the greatest efficiencies and benefits in addressing noise disturbance. On the other hand, better soundproofing of dwellings is a capital investment that will often provide wider sustainability and quality of life for the occupants. Acoustic attenuation of buildings is particularly desirable in locations exposed to noise emissions from a variety different sources (including traffic and other street noise).

Tackling conflicts between noise generating uses and residents can be a challenge. However, if ignored, conflicts will grow — with the potential of disrupting the redevelopment of the active neighborhood centers. Kenneth Chan, a columnist for the local VanCity Buzz paper, argues that “rampant condo development in the city centre has severely hampered the ability of entertainment-based businesses and zones to flourish.” As Chan adds, “this now impacts Vancouver’s premier entertainment venues, BC Place and Rogers Arena, as well as the False Creek entertainment district that had originally been envisioned for the stadium precinct.” 6

The positive side, according to Chan, is that this “has ignited a much-needed discussion of what kind of city we want to be and a collective awareness of what we are now becoming.”

Trends in planning and zoning philosophy have evolved over last century since the first United States zoning ordinance begin separating incompatible uses. Mid-century Euclidean zoning took defining and separating each land use to the extreme. As the U.S. began rediscovering the value of mixed-use town centers, rigid separation of single land is being written out of most zoning ordinance updates. But as we have learned, finding the right balance is the key to any effective zoning ordinance.

Downtowns Grow One Step at a Time