Editor’s Note: we are reposting this, as TechniCity is again be offered. See the left sidebar for information.

Last month I reported on PlannersWeb on the growing use of “MOOCs” (Massive Open Online Courses), and highlighted a MOOC titled Technicity — aimed at providing planners with a closer look at how new technologies are increasingly being used in city planning. One topic Technicity focused on is how planners can use technology to better connect with the public.

I want to share with you some of what I heard during a series of talk on Technicity about the good, the bad, and the unknown of using technology for public engagement.

Technology and social media can provide alternative ways for members of the public to make their voices, and opinions, heard. In the Technicity course, for example, Ohio State Professor Jennifer Evans-Cowley pointed out the two way function that social media can offer: to provide information and to elicit conversation. She highlighted a successful “microparticipation” effort in Austin, Texas around transportation issues that evenly balanced conversation and information.

As a part of the planning process for a new light rail system in Austin, planners used Twitter and social media to encourage participation in traditional public meetings. They then analyzed who engaged in the tweeting and the content of the tweets. They found broad concern related to traffic congestion and interest in alternatives like biking, walking, and transit.

The course also looked at a number of new web-based tools that can improve the efficiency of local services. These tools include SeeClickFix, a website and mobile app that allows residents to report problems like potholes, graffiti, or broken streetlamps to local agencies or departments online – potentially freeing up time in public meetings when people might otherwise be complaining about these kind of issues!

MindMixer is another tool that helps facilitate online discussion on community planning topics. It is helpful in identifying common ideas. MindMixer uses a blended discussion board and social media platform that integrates features including voting and “liking.” Moderators (usually local planners) set discussion questions and themes, and people respond. The site prioritizes similar themes and the most popular (and controversial) responses and discussions in real time.

In an increasingly busy world, technology can help planners focus on topics that matter to residents and local businesses, as well as identify new voices not often heard at your typical planning board evening meeting. This might include young adults, especially Millennials who are interested in being engaged and driving change.

Mitchell Silver, Chief Development Officer of Raleigh, North Carolina, and former President of the American Planning Association, noted the average public meeting attendee is over 45 years old. This age group is, on average, only about 30 percent of a local population. Social media can connect planners to younger users (the other 70 or so percent) who are constantly engaged through technology and want to improve their communities, but do not attend public meetings.

Technology is not a panacea for community engagement. That’s a point PlannersWeb columnist Della Rucker recently made (see “What’s the Matter With Using Social Media“). Like traditional public meetings, some people simply don’t have internet access. In a discussion (facilitated by MindMixer) in the Technicity course, students highlighted the preference that online engagement places on those who are technologically literate — usually people who have college degrees (or more), are younger, and are of higher socioeconomic status. Students were also very concerned that these technologies dampened valuable face-to-face human interaction.

Language remains a barrier as well. Parsons Brinkerhoff, a planning consulting firm, found that when they sent out social media messages for planning projects in Spanish, they often had higher responses than English language messages. Just like traditional community engagement, communities must be prepared to give close consideration to exactly whom they are trying to connect with via social media, and adapt appropriately.

There are also a number of thorny questions when it comes to online engagement or the use of “micro-engagement” on platforms like Twitter. Specifically, how do planners weigh input from online (and sometimes very brief) engagement against traditional public involvement?

Benjamin De La Pena, Associate Director for Urban Development at the Rockefeller Foundation, highlighted this issue during the Technicity course, and also spoke about the unintended (and unexpected) consequences that can sometimes result when we plunge into using new technologies without carefully thinking them through.

One example De La Pena cited was what happened when the World Bank decided to fund a project in Bangalore, India, to make all land records electronic and available online — in the name of efficiency and progress.

What the planners did not factor in was that many rural farmers (not having internet access) would have to take two or three days off to travel to one of the larger towns where kiosks were installed allowing access to the digital registry system — a very costly inconvenience.

And finally, De La Pena noted, the switch over to digital land records gave access and power to large companies, enabling them to rapidly assemble land since they now had ready access to huge amounts of land information.

Again, all consequences not thought through before the new land registration system was implemented.

According to De La Pena, planners should consider the following questions when using technology to engage and make public decisions:

While online interactions, votes, and social media “likes” are easy to count and quantify, they do not tell the whole story. For better or worse, special interest groups can take advantage of these platforms, just as with traditional public meetings.

New technologies are also vulnerable to natural disasters or terrorist events, as Anthony Townsend of the Institute for the Future reminded Technicity students. Townsend pointed to the widespread loss of cellphone and internet access during Hurricane Sandy and other natural disasters, where technologies we’ve become heavily dependent on were (figuratively and literally) swamped and put out of service — just when needed most.

The astounding growth of social media; new (and relatively inexpensive) mobile technology and computing; and the integration of spatial and location tools were unimaginable to most of us just ten years ago.

What will be next? It is difficult to project because new ideas for technology and engagement are born every day. I came away from Technicity believing that technology changes rapidly and community planners need to be adaptive to new developments while being mindful of the limitations of new technology as well.

When it comes to engaging the public in planning projects, new technologies can best be viewed as supplements to traditional engagement, rather than as replacements. Ideally, traditional and online engagement should be mutually reinforcing. But this means carefully planning and thinking through our community engagement strategies. 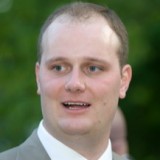 Prior to entering graduate school, Andreason served as the Executive Director of a Main Street Organization, the Orange Downtown Alliance, in Orange, Virginia.

The TechniCity online course is again be offered, starting Feb. 26, 2014. We highly recommend it. For details.

What’s the Matter With Using Social Media, by Della Rucker