Does the approval process require such an extensive knowledge of code, rules, regulations, and procedures that it requires the assistance of an attorney or other professional to guide an applicant?

Over a year ago, the Glenwood Springs (Colorado) Community Development Department and the Planning and Zoning Commission were directed by City Council to review and recommend changes to the planning and entitlement process. Several Council members expressed concern and frustration over the complexity and ambiguity of the process and the level of risk that potential developers were taking in order to complete a project.

Apparently those sentiments are and have been felt by other communities. In 2003, a group of architects in Denver, Colorado presented a report entitled “Denver’s Development Review Process: Can It Be Fixed?” to then Mayor John Hickenlooper outlining issues that needed to be addressed. 1 The group, called Citizens to Streamline Our Permitting Process (STOPP), outlined some issues in its report that sound very familiar to those voiced in our own community — and, perhaps, to concerns in your own city or town.

As the introduction to the report stated, “… it only take a few reversals of agreements or approvals, a few lengthy delays in review, a few conflicts between agency requirements, to turn the process into a nightmare.”

“Successful processes can be extensive, but clear. Their expectations can be great, but known. The reviews can be deliberate, but timely.” AIA Denver STOPP Task Force, 2003

I have a fair understanding of the process that community planners and development departments must complete to ensure compliance with code and comprehensive plans. It is necessary that due diligence has been exercised in review of a project.

Reduce some risk to the applicant by increasing clarity in what is expected.

However, are developers being forced to jump through costly, time consuming, and, at least in their viewpoint, unnecessary hoops by planning officials, department heads, and, in some cases, by planning commissioners as well? Does the approval process require such an extensive knowledge of code, rules, regulations, and procedures that it requires the assistance of an attorney or other professional to guide an applicant, effectively making the entire process too costly for smaller developers?

Some of the issues and concerns identified by our Glenwood Springs city council members included:

This was by no means the entire list but the direction was clear. Applicants needed to know what was expected of them and, in turn, what they could expect as the outcome of the process.

In Denver’s STOPP report, some of the same issues were identified:

To be fair to Denver, their development code has and is continuing to undergo revision public hearings taking place now. According to the Denver Community Planning and Development website, 4 adoption is expected to take two to three months.

Probably the most significant change so far has been to the process timeframe.

As with most things, the wheels of progress move slowly. In November 2013, the Glenwood Springs City Council passed several changes to our development code. One was a provision to allow City Council to remand an application back to the Planning and Zoning Commission if the applicant is including new information that has not been vetted by the Commission. 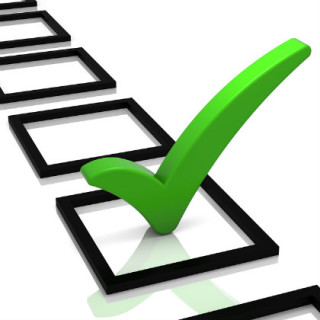 Probably the most significant change so far has been to the process timeframe. The application process has been lengthened by two weeks (to allow time for a pre-application meeting between the applicant and staff and representatives from other city departments.

Additionally, the Community Development Department has created flow charts to better clarify how the application moves through the system. Check-lists have also been developed to ensure that all necessary information is included in the application. The checklists will be reviewed and adopted by city council by resolution to allow for easier revision.

While these changes move toward the goals city council set, they do not (as several council members observed) provide the applicant with earlier entitlements or vesting.

Items that are in process, but incomplete, include a specification manual that will clearly spell out goals and objectives, necessary elements, and what items — if not in compliance by the applicant — will require a variance or will simply not allow the project to move forward. 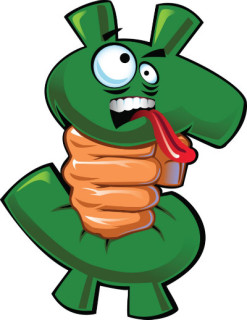 Are we strangling economic development through too onerous planning processes? There is no question that some level of standards must be maintained. However, it is important to look at and understand the objectives of those standards and determine whether, in this economy, in this place, at this time, the requirements we place on developers are beneficial to the community.

It is certainly true, as our Community Development Director, Andrew McGregor, has stated, that it is easier to loosen regulations than to tighten them. And we all want beautiful, vibrant, communities that speak to who we are. But have we tightened regulations and processes to the point that it is simply not feasible for developers to move even traditional projects forward, let alone ones that might be innovative and a bit out of the ordinary … ones that might be a catalyst for further economic growth for our communities?

What is your community doing to balance this need for regulation and procedure with the need for a diverse, expanding economy? How can we, as citizen planners, play a key role making this happen, or is that simply not our place?