Yesterday, I provided an overview of the goals Open Meetings laws seek to achieve and what your board or commission normally needs to do to comply with such laws. Perhaps the most important point was that because Open Meetings laws differ in the details of their coverage and requirements from state-to-state, it is critical to obtain clear direction from your board’s legal counsel regarding when and how to comply with your state’s requirements.

With that caveat in mind, I want to discuss steps to avoid violating an Open Meetings law — and briefly cover some situations that are particularly troublesome: meetings in executive session, site-visits, “informal” meetings with staff, and electronic communications.

Complying with Open Meetings laws requires establishing both proper procedures for notifying the public of upcoming meetings and rules for how you conduct your meetings — and then following them meticulously. If you do that, and keep the notice requirements in mind when you schedule “special” meetings, it’s pretty easy to avoid violations.

As I noted yesterday, Open Meetings Laws normally provide for certain matters to be discussed/decided behind closed doors in executive session, shielded from the obligation that the public be present.

The rationale for meeting in executive session is, of course, that certain matters raise legitimate and substantial concerns about holding candid discussions with the public present. Subjects that typically justify adjourning an open public meeting to go into executive session include:

• hiring/firing and other personnel decisions,
• the purchase, sale or lease of real estate, and
• discussions of pending or current litigation.

But some states allow executive sessions for a much larger number of matters. Massachusetts’s Open Meetings law, for example, lists ten specific purposes for which an executive session may be held, including discussions of the strategies for security measures and the deployment of security personnel. 1

The procedures required to move from an open meeting into executive session, and what persons (e.g., staff) in addition to the board members may be present, also vary from state-to-state. It is not unusual for an Open Meetings law to require that a board or commission make certain findings to justify going into executive session. For example, the Vermont law requires that a board conclude that “premature general public knowledge would clearly place the state, municipality, other public body, or person involved at a substantial disadvantage” before voting to enter into executive session to discuss certain matters. 2

What if the board determines a site visit would be helpful in making an informed decision? Would an Open Meetings law apply to that?

If the board members are conducting site-visits individually, or only two or three at a time, the law would usually not apply unless the minimum number of board members required to trigger the law are present at the same time. If enough members are present to trigger the law, it still may not apply if the members are engaged only in fact gathering and not engaging in discussion or deliberation about the matter that prompted the visit.

What if the planning director invites board members to meet with her “informally” to discuss a pending application?

We already know that if enough board members are present, the Open Meetings law would apply and such a meeting would have to be open to the public. But what if the planning director holds a series of meetings, none of which have enough board members present to trigger the law? If those meetings involve discussion or deliberation of any sort — as opposed to the planning director merely providing information — courts have found that the Open Meeting law is being unlawfully circumvented.

What about communication among board members by telephone, e-mail or social media? The quick answer is that all of these are potentially subject to the application of your state’s Open Meetings law. Telephone communication is, obviously, the most difficult case for ensuring compliance with the law. Who’s to know if a quorum of a board discusses a matter in a conference call or a series of calls among members? But make no mistake, if someone obtained proof that such communication occurred among the members of your board, that would support a complaint that you’d violated the law.

State courts and Attorneys General have also begun addressing the Open Meetings issues raised by the new forms of electronic media and their decisions follow the general pattern we’ve already seen. Sending out a purely informational e-mail or posting information on a website does not violate the law. Neither would an e-mail exchange between less than a quorum, provided the members remained the same.

In contrast, a series of e-mail exchanges that involves enough members to trigger the law has been considered a violation in some states, but was found not to violate the law in other states, with the decisions turning on whether the e-mail exchanges among members were sufficiently close in time so that a quorum was constituted. Given that the law is still developing in this area, the wisest course is to use e-mail and web-based communications very cautiously for anything that could be construed as discussion or deliberation of a matter before your board.

Finally, what happens if someone claims that your board violated your state’s Open Meeting law?

While the details vary among states, the most common procedure is that the offending board must first receive notice of the claim and then is granted some time (30 days is common) to resolve the matter with the complaining party. If the board and complainant can’t resolve the matter, the next step, depending on the state, will normally be a lawsuit by the complainant or an enforcement action by the state Attorney General.

In such cases, intentional violations of the law will be penalized, while “honest” mistakes about the requirements of the law that result in an unintentional violation will be excused. That said, boards that repeatedly make the same “honest” mistake have been penalized. The most common penalty is a monetary fine. Some states will also invalidate a decision made in an unlawful meeting. Normally, there are no legal repercussions for board members who participate in unlawful meetings unless failure to follow the Open Meetings law is so repeated or egregious as to amount to misfeasance or malfeasance in office. 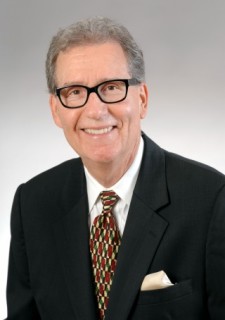 Professor Alan C. Weinstein holds a joint faculty appointment in the Cleveland-Marshall College of Law and the Maxine Goodman Levin College of Urban Affairs, and also serves as Director of the Colleges’ JD/MPA and JD/MUPDD Dual Degree Programs and Law & Public Policy Program. He is a nationally recognized expert on planning law who writes and lectures extensively in this field.

Weinstein is a past-Chair of the Planning & Law Division of the American Planning Association (APA), is one of the twenty-eight planning law experts who serve as Reporters for APA’s monthly journal, Planning & Environmental Law, and previously served as Chair of the Sub-Committee on Land Use & the First Amendment in the American Bar Association’s Section of State & Local Government Law.

Join a discussion of open meeting laws on our LinkeIn group page — post your comments & questions about situations you’ve faced.

Other articles by Alan Weinstein for the Planning Comm’rs Journal:

Other articles & postings dealing with land use law issues