Successful communities have strong leaders and committed citizens. A small number of committed people can make a big difference in a community. Sometime these people are longtime residents upset with how unmanaged growth has changed what they love about their hometown. Others times, the leaders might be newcomers who want to make sure that their adopted hometown doesn’t develop the same ugliness or congestion as the one they left. More often than not, they’re simply citizens who care a great deal about their community. 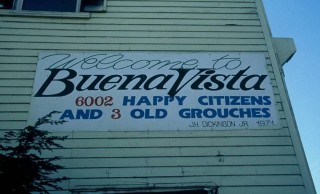 Every community has naysayers. Whatever the civic or community leaders propose to do, some people will always say things like: “you can’t do it,” “it won’t work,” “it costs too much,” “we tried that already.” And, “no,” is a very powerful word in a small community, but leaders of successful communities know that “yes” is a more powerful word. Yes, we can make this town a better place to live in, to look at, to work in, to visit.

We live in a rapidly changing world. In his new book, The Great Reset, author Richard Florida says that “the post-recession economy is reshaping the way we live, work, shop and move around.” He goes on to predict that “communities that embrace the future will prosper. Those that do not will decline.”

One big change is that people and businesses can now choose where to live or operate a business. In today’s world, communities that cannot differentiate themselves will have no competitive advantage. This means that quality of life is more important than ever.

Making a Difference, by Otis White

Winning a Community Over to New Ideas, by Otis White

Other articles by Ed McMahon in the Planning Comm’rs Journal and on PlannersWeb.com