Once thought a lasting vestige of urban space, poverty is on the rise in suburban communities.

A recently published Brookings Institute study, Confronting Suburban Poverty in America, reports that poverty in suburban America grew by a startling 64 percent over the past decade (to 16.4 million people), while cities experienced a 29 percent increase in poverty (to 13.4 million people).

Although poverty in suburban America shares similar characteristics with its urban counterpart (socio-economic status, educational attainment), suburban communities may face unique challenges in eradicating this social ill. As the Brookings study indicates, regional collaborations offer one promising approach to overcoming some of the challenges inherent in addressing suburban poverty — more on that in a minute.

In Confronting Suburban Poverty in America, Brookings researchers Elizabeth Kneebone and Alan Berube explore key factors contributing to suburban poverty (changing population characteristics and recent economic crises). The authors highlight the fact that many suburban communities lack the requisite social service infrastructure needed to assist their poor. In particular, the authors note that the “scope and scale” of social services may be insufficient to reverse this rising trend.

Where present, social services in suburban communities are often fragmented or limited in scope. This fragmentation may be due, in part, to quixotic sentiments about suburban life. As suburbs are viewed as places of wealth (compared to cities), some policymakers may think that acknowledging a need for social services will ruin the allure of such places.

More significant, however, is the fact that while the federal government spends more than $82 billion dollars a year to address poverty in the United States, suburbs receive a disproportionately small share of this money. One reason is that federal anti-poverty programs often focus on areas where there are high-concentrations of poverty. This means that suburban areas — where poverty tends to be more dispersed — are frequently overlooked.

To better leverage existing federal funding and to overcome the problems associated with a lack of a social services infrastructure, Kneebone and Berube propose a regional strategy for eradicating suburban poverty.

In discussing the benefits that can result from municipalities working together, the authors highlight two collaboratives in the Chicago metropolitan area that have focused on addressing problems from the foreclosure crisis.

The Chicago Southland Housing and Community Development Collaborative (CSHDC) serves 23 municipalities from the southside of Chicago. Through the acquisition of funds from federal programs (e.g., the Community Development Block Grant Disaster Recovery Program, the Neighborhood Stabilization Program, and the Sustainable Communities Initiative), CSHDC committed approximately $25 million towards economic development efforts. Such efforts included the creation of a land bank and the rehabilitation and demolition of foreclosed properties.

The second Chicago area collaborative the authors point to is the West Cook County Housing Collaborative (WCCHC), which consists of five municipalities in Chicago’s western suburbs. Using approximately $10 million in federal funding, WCCHC has rehabilitated foreclosed properties and made innovations in transportation planning.

Noting the inter-jurisdictional challenges associated with regional collaboratives, the authors underscore the importance of “regional intermediaries” — organizations and partners able to lend expertise and guidance in addressing such challenges. The creation of the WCCHC was due in large part to the expertise and guidance of regional organizations such as the Metropolitan Mayors Caucus and the Chicago Metropolitan Agency for Planning.

While Kneebone and Berube acknowledge that examples of regional collaborations are still relatively rare, they suggest that these endeavors can provide “comprehensive” and “ultimately effective” solutions to suburban poverty. Moreover, the authors state that such collaborations can offer cost savings as a result of combined resources.

While a regional approach may still be a “hard sell” in parts of the country, the Brookings study — and its striking findings about the prevalence of suburban poverty — add weight to the arguments of those calling for increased inter-local cooperation. What’s more, as the report notes, by taking a regional approach to tackling suburban poverty, metropolitan regions can foster a “shared vision” for dealing with a range of regional concerns and challenges besides poverty. 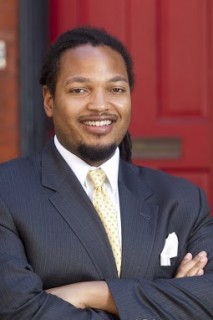 Jared Cameron Bass, Esq., is a Legislative Assistant in the United States House of Representatives. In this role, he manages a portfolio of legislative issues including urban affairs, housing, and taxes.

Prior to coming to Capitol Hill, Bass worked for the Philadelphia City Council, analyzing fiscal and economic development policies. He also served as a Planning Assistant to the Zoning Code Commission, aiding in the revision of the city’s Zoning Code. Bass holds a J.D. from Temple University School of Law, and a Masters in Urban Affairs and Public Policy from the University of Delaware.