Note from PCJ Editor Wayne Senville: this is the third in a series of postings about a recent two-day workshop I attended. Sponsored by the Project for Public Spaces, it focused on “streets as places.”

In this post I’m passing along some of what I learned from transportation engineer Gary Toth. Toth, who is now Senior Director of Transporation Initiatives for the Project for Public Spaces, worked for 34 years for the New Jersey Dept. of Transportation, where he served as Director of Project Planning & Development. He has been one of the leading national advocates for integrating land use and community considerations into transportation planning. 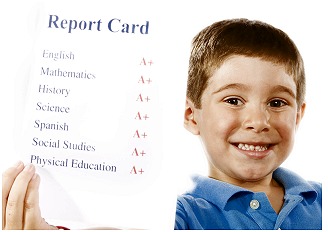 Why Getting Good Grades Isn’t Always the Answer

It’s a constant source of amazement to me how much we’re addicted to report cards. Many of us strove in elementary school, high school, and then in college to get those A’s (OK, sometimes a B or C was acceptable). But the idea of receiving an F for flunking/failure, or even a D, was something to dread.

I think — and I’m not kidding about this — this is part of what imbues highway “Levels of Service” ratings with such power. Most local elected officials and citizens I’ve encountered seem to view good LOS grades as a sign of success, and D’s (or even C’s) as evidence of failure. Our built-in aversion to receiving a “failing” LOS report card is reinforced by the fact that there is some truth to the ratings: D does indicate congestion problems, while A or B means we can zip along our roadways with nary a stop.

Level of Service does not take into account other considerations — such as impacts on pedestrians, on businesses served by the roadway, or on other community or neighborhood interests.

You noticed that I highlighted the word “some.” The problem, according to transportation engineer Gary Toth, is that LOS ratings tell you only part of the story — and sometimes not the most important part. As Toth explains, “design decisions based on LOS performance measures end up serving only the through motorist at the expense of the very communities that the road is also supposed to serve.”

How’s that? According to Toth, LOS  does not take into account other considerations — such as impacts on pedestrians, on businesses served by the roadway, or on other community or neighborhood interests. It simply focuses on the motor vehicle. “The fact is,” Toth said, “improving levels of service for cars can degrade it for pedestrians, shops, and others.” 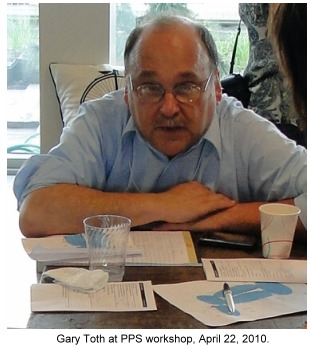 What’s more, Toth adds, LOS calculations are typically made “using peak hour travel projections, generally 20 years into the future.” This means our roads are intentionally “over designed” to handle capacity that only occurs at the very heaviest travel period. The problem with over-designed roadways, Toth notes, is that they can “take major bites out of the community’s fabric,” while — especially during off peak hours — turning the roadway into a speedway.

As Toth explains, “the Green Book and most DOTs provide guidelines for selection of LOS, but these are guidelines only … selection of a target LOS is a policy decision and is based on a particular jurisdiction’s philosophy on whether or not to accept congestion.” Indeed, the Federal Highway Administration notes that “while the Highway Capacity Manual provides the analytical basis for design calculations and decisions, judgment must be used in the selection of the appropriate level of service for the facility under study.” 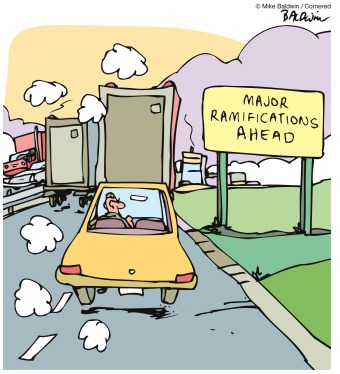 That was my key take away from Gary Toth’s remarks: communities have a choice — and these choices have major ramifications. They can decide on wider, straighter roadways to eliminate congestion (and receive better grades on their LOS report card), or they can balance traffic needs against other community goals, such as encouraging more pedestrian activity and street life.

A community, if it wants to, can actually aim for having drivers slow down so they can smell the coffee — and pull over to stop at that tempting coffee house.

For a growing number of cities and towns, living with some congestion is a trade-off worth making.

It’s also worth noting that major highway planning organizations such as AASHTO and the Institute for Transportation Engineers have been moving towards more flexible guidelines that take a roadway’s surrounding context into account. [For more on this, see an excellent article we published by transportation planner Hannah Twaddell, “Fitting Roadways to Community Needs: A Look at the ITE Urban Thoroughfares Report.”]

[Note: in putting together this post I drew on both my notes of Gary Toth’s comments during the workshop and material in a handout he prepared, “Traffic projections and levels of service targets.”]

Update posted 8/10/12: subsequent to the workshop Gary Toth and PCJ regular Hannah Twaddell prepared a very insightful PCJ article that expands on some of the points you just read. See “Transportation Planning for Livable Communities.”