Use of the word “loitering” is usually pejorative. The Merriam-Webster dictionary says loitering is “to remain in an area for no obvious reason.” Wikipedia says it means “to stand idly, to stop numerous times, or to delay and procrastinate.”

So it would seem that the person who loiters isn’t industrious, nor accomplishing anything of benefit to him or herself, let alone contributing to the common good.

I contend that the pejorative sense of loitering isn’t always accurate; that, in fact, loitering done in a way I describe below — by planning commissioners, no less — can benefit the person doing the loitering and the community. This can happen when loitering is defined as careful observation, specifically, of people interacting with the built environment. 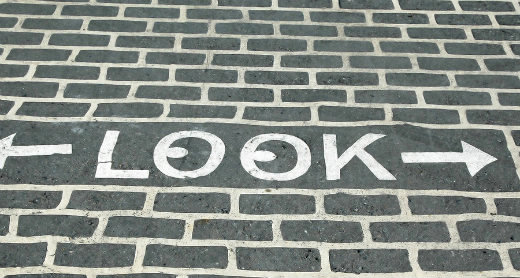 The modern pioneer of this activity was William H. (Holly) Whyte, who from 1969 till his death in 1999 used detailed visual analysis to learn how people actually use public spaces. His studies revealed, for example, that people will create their own paths between two points, if the constructed path is found wanting in any way. They’ll find their own ways to follow the sun in winter and avoid it in summer. They’ll find ways to be observed when they seek attention and ways to be inconspicuous when they don’t.

What might be learned by loitering? A good many observations can be classified under a few broad headings:

1. Weather and climate. How people cope — or, more importantly, are unable to cope — with the weather and sun can beneficially inform such code requirements as those dealing with maximum permitted building height and setbacks, landscaping, and the composition and design of streets.

But the loiterer need not be concerned immediately with these matters. He or she does better by simply observing — noting, for example, that those walking on a winter’s morning on the east side of north-south streets are having trouble with icy patches. Or that a gutter along the exposed side of a corner building with zero side setback can’t handle runoff during a downpour.