Too often planning commissioners and citizen groups seem to think that once their plans are completed their work is over. … Well, not exactly.

Too often planning commissioners and citizen groups seem to think that once their plans are completed their work is over. Of course, there’s always the need to gain formal adoption of the plan from the city council or the county commission, but that’s just a little formality, right? And once adopted, “they” will start implementing it, right?

Well, not exactly. The community group or planning commission which takes either formal adoption or subsequent implementation lightly will be sorely disappointed when their plan “dies on the vine” (or to use the tried and true expression, “gathers dust on the shelf”). 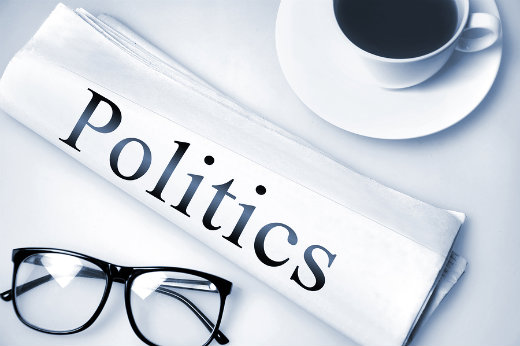 Winning support for a plan from public officials needs to be seen as a community relations task. Ask yourself, “How can we get them as excited about this plan as we are?” Here are several steps you might want to take.

Rally supporters once the public hearing is set. We all know the potential power of “warm bodies” at public hearings, but do not assume that plan supporters will show up without some urging.

Let supporters know the rules and procedures for hearings. Most public bodies follow protocol for their meetings and don’t look very kindly on those who violate it. Citizen-friendly cities have those rules spelled out in brochures; if not, careful observation at a few prior meetings will give you clues on how to act, and more
importantly, how not to act.

Carefully organize testimony at the public hearing. Busy public officials value those who make their cases clearly and succinctly avoiding needless repetition. Weary council members will flash appreciative smiles at citizens who limit their public testimony to: “I support what the previous speaker said.” Orchestrating your group’s testimony means figuring out a division of labor about who will stress what points so that all your comments add up to a complete, organized, non-repetitive presentation. An overview presenter at the start and a summarizer at the end help make all the testimony in between more understandable.

Celebrate the council’s formal adoption of the plan. Most community groups and planning bodies forget to celebrate their victories or accomplishments. That’s a shame as such occasions are a chance to say thank you to each other and reinforce your self-esteem.

Determine the best organizational structure to carry out the plan (i.e., who’s going to be on top of the job). Without someone riding herd on plan implementation, the plan is history. Who is best positioned to do that? Who has the time, the staying power, the political legitimacy? A plan owned by everybody — a laudable goal — is owned by nobody, so some group needs to take responsibility for overseeing the plan’s implementation.

Develop priorities for plan implementation. Your plan has several dozen, or maybe several hundred, specific recommendations. So where do you start on the morning after it’s been adopted? Here are several alternative strategies:

(2) Importance: Start with the plan’s most important recommendation, regardless of its ease or difficulty.

(6) Multiple fronts: Simultaneously address at least one recommendation from each of the plan’s major sections.

Bernie Jones is Associate Director of the Colorado Center for Community Development at the University of Colorado at Denver, where he also teaches urban and regional planning. Jones has long been active in the city’s neighborhood movement, and on city-wide issues. He is also a member of the Denver Planning Board, where he has encountered the difficulties of plan implementation first-hand. Jones is the author of Neighborhood Planning: A Guide for Citizens and Planners (American Planning Association 1990).

7. Stand by Your Plan

— Bringing the Plan to Life

— Putting Vision in Our Plan

Other articles on comp plans worth reading:

Wendy Grey’s The Comprehensive Plan & Land Development Regulations: Putting Words Into Action (plus our conversation with Wendy about her article)

Joel Russell’s Building Your Planning Process from the Group Up

Joel Russell’s Diagnosing Your Community Before You Plan