Like any volunteer board, planning commissions often have to cope with the unpleasant problem of having a member who is either absent on a regular basis or regularly unprepared. Many of us have experienced the frustration of arriving at a meeting only to find that once again the ghost commissioner is not present. It is just as frustrating to realize that a particular commissioner is totally unprepared for a meeting because of not having read the material, not being familiar with the regulations, or not having visited the site.

Many absences are obviously legitimate … But often times the problem is more a reflection of the low priority that the ghost commissioner places on serving on the commission.

This is a difficult issue because no one wants to have to confront a peer with the issue of unacceptable performance. On the other hand, if this situation is left unchecked, it can result in a number of problems. It can create poor morale on both the part of staff and fellow commissioners. It can make decisions more difficult to reach — and can, at times, make it harder to obtain a quorum for doing business.

This is a disservice to applicants, as well as to members of the public, who are entitled to action on a project request. Finally, it can cause resentment on the part of those commissioners who are doing their job, and create a poor public image of the commission. 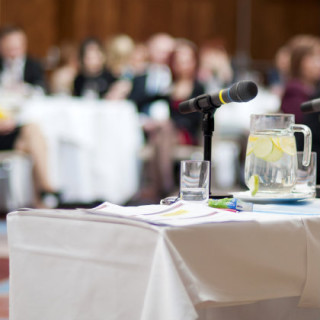 Of course, the causes for this problem may be wide ranging. Many absences are obviously legitimate, and scheduling constraints often make it difficult to both prepare for and attend meetings. But often times the problem is more a reflection of the low priority that the ghost commissioner places on serving on the commission. It may also reflect that the original motives for accepting the position centered on self-interest or the perceived prestige of being a commissioner.

The real “solution” for this type of problem is to take steps to avoid it in the first place, and, failing that, to have in place standards and procedures for defining and dealing with a chronically absent or unprepared commissioner.

First, in terms of preventing such problems, commissions should review their process of selecting new commissioners. Recognizing that new commissioners are generally not appointed by the commission, but rather by the legislative body or chief executive officer, steps should be taken to ensure that:

In addition, procedures for handling such problems should be set out in advance, at a time when personalities are not an issue and emotions are not running high.

Bylaws can include provisions specifying the number of absences permitted per year and establishing the procedures for handling removal of a commissioner.

The best mechanism for establishing procedures for resolving this kind of problem is through your bylaws. For example, bylaws can include provisions specifying the number of absences permitted per year and establishing the procedures for handling removal of a commissioner. Your commission might also want to call a special meeting each year to discuss scheduling of meetings, procedures for distributing information, and expectations for the upcoming year. Another useful idea is to have your Chair and/or your Planning Director brief newly appointed commissioners about their responsibilities.

The unfortunate reality is that once you have a ghost commissioner on board, there is no easy solution. The key is to have practices in place to try to prevent this from happening, and — failing that — to have written procedures for dealing with it.

This article was originally published in the Planning Commissioners Journal (September/October 1992).

Tags:Ethics & the Planning Commission, Greg Dale, Working as a Team

How to Recognize and Relieve Burnout