Editor’s Note: This concludes Stuart Andreason’s and Jennifer Wallace-Brodeur’s Across Generations series on PlannersWeb. Today they discuss what may be the most serious challenge facing both young adults and senior citizens: not enough income.

Young adults (and seniors) are not always the hip, creative, and affluent cohorts of the population that many planning commissioners often imagine that they are. As I have mentioned in a previous column in the Across Generations series, 18 to 24 year olds face high unemployment and underemployment. In fact, research suggests that young adults are very sensitive to wages and compensation when making location decisions because they have significant levels of debt. 1

Seven out of ten college graduates have over $29,000 in student loan debt.

But debt isn’t the only problem for young adults.

As reported in The Atlantic, 41.3 percent of those aged 25-34 spend at least one year earning less than 150 percent of the poverty line during a ten year period. This is not altogether surprising, as they’re newer to the workforce. As people get older (to a point), they earn more. But note also that 46.8 percent of 25-34 year old headed households will experience a bout of extended unemployment. 2

Less than one-third of the American population … holds a bachelor’s degree or higher — typically required for the high skill jobs that communities are hoping to attract.

Earnings are also correlated with amount of education. Less than one-third of the American population (currently 31.7 percent for those 25 years and older) 3 holds a bachelor’s degree or higher — typically required for the high skill jobs that communities are hoping to attract. On the positive side, as a recent article in The New York Times points out, the percent of young Americans (age 25 to 29) with at least a bachelor’s degree has been rising, from 24.7% in 1995 to 33.5% in 2012.” 4

Planning commissions need to be sensitive to the needs of other residents, especially those who may be in poverty — whether young or old. Considering the following questions may help planning commissioners identify opportunities to help those in or close to poverty.

How does transportation connect low-income and high poverty neighborhoods to job opportunities?

One of the greatest challenges for people living in poverty is having a quick, efficient, and reliable way to get to work. Many low-income residents cannot afford a car or have an unreliable car or ride to work. Others use public transportation, but have to ride on long commutes with several transfers. 5

Unreliable or slow transportation to work can make people late and ultimately get them fired. It also takes away from family time for those who deal with long commutes as well. This may be especially true in the young adult cohorts where there has been little time to save up to purchase a vehicle.

Other ways to address this issue include fostering car sharing programs or discount car purchasing programs for those in poverty.

Are there quality work opportunities for the less skilled?

One concern for poverty-wage residents is that they may get caught in a “low-wage trap,” where by nature of the job that they hold they cannot easily move out of poverty. This is because of low pay and limited opportunities to advance, take on additional responsibilities, and earn raises. It is easy to identify higher paying jobs as good jobs, but a different metric may help commissions work with the local economic development departments to identify quality jobs.

Timothy Bartik from the Upjohn Institute of Employment Research suggests that a quality job is one that pays above the average compensation for a certain skill level, sometimes referred to as the “industry wage premium.” 6

Commissions may be able to pull together different players to identify community businesses or industries that pay above average for low skill workers and identify ways to support and grow those businesses.

Some neighborhood planning organizations in Philadelphia, for example, have worked to link training programs with hospitals (which pay high industry wage premiums and employ many lower and middle-skilled workers). The planning organizations have highlighted the quality of the opportunities and pay available at the hospitals and the preparation and skills needed.

Are there quality educational and training programs for those in poverty?

Poverty can be generational, where children who are born to parents in poverty are more likely to be in poverty as well. Young adults in poverty often do not have access to the same quality of schools for their children or access to educational opportunities that can help them find work that pay better wages or provide benefits.

Commissions may consider developing inclusionary zoning programs that call for a portion of new housing development (over a certain size) to include units for lower income residents.

Inequality is a growing concern for the country. Since the Great Recession, the vast majority of income gains have gone to the top one to five percent of the population. 8 Income inequality is unlikely to contract because low skill workers have seen stalled income growth. 9 This is seen very clearly in the young adult population, where some are doing quite well, while many others are falling behind.

Without significant movement at the national level to address this problem, communities will continue to be dealing with many who are “left behind.” But, as pointed out, there are at least some steps communities can take to help improve conditions for those in poverty through job skills training, and increased educational and housing opportunities.

Stuart Andreason is completing his doctoral work in the Department of City and Regional Planning at the University of Pennsylvania. He will soon be working at the Federal Reserve Bank of Atlanta in their community and economic development division.

Prior to entering graduate school, Stuart served as the Executive Director of a Main Street Organization, the Orange Downtown Alliance, in Orange, Virginia.

A Response from Jennifer Wallace-Brodeur:

Over the years, Social Security has proven to be an effective program to reduce poverty among older adults. [But] despite this important safety net, too many older Americans still struggle to afford their basic needs.

Despite this important safety net, too many older Americans still struggle to afford their basic needs. Over 23 million Americans aged 60+ are economically insecure — living at or below 250% of the federal poverty level ($28,725 per year for a single person). 11

Nearly one in ten adults age 65 and above live in a family with income below the official federal poverty level.

Like younger generations, Boomers have been seriously impacted by the Great Recession.

The unemployment rate for those 50 and older has doubled in the past four years, and when people who are over 50 lose their jobs they are more likely than any other age group to be unemployed for six months or more. 13

Equally alarming are the rates of retirement savings among Boomers. In the 2013 Retirement Confidence Survey conducted by the Employee Benefit Research Institute (EBRI), 43% of workers aged 55 and older has saved less than $25,000 for retirement. 14

Stuart has zeroed on job creation and access to good jobs. These are critical issues for older residents as well. As mentioned in our previous column on jobs, it’s important that local policy makers understand the demographics of the local workforce, including older entrepreneurs. Transportation and proximity to good jobs are important for people of all ages living in poverty.

Stuart also mentions housing, and this is an issue of concern for older adults as well.

According to the Center for Housing Policy, “older adults are more likely than younger adults to spend more than half their income on housing.” 15

To address high housing costs, a top priority for any community must be to preserve existing units of low-income and subsidized housing and make them permanently affordable. According to a 2009 AARP study of 20 metropolitan areas, federal subsidies on two-thirds of the 250,000 affordable housing units located within one-half mile of transit were set to expire within 5 years. 18

Work with private sector developers and funders, as well as housing groups, to develop a strategy for your community.

Permitting accessory dwelling units (sometimes called “granny flats”) is another way to increase affordable housing options for older residents who want or need to be near family. And make development of affordable housing a priority, particularly as part of multi-generational and mixed-income projects. Ideally new development will be connected to the community with a variety of transportation options.

There are additional issues we need to be cognizant of as planning commissioners, particularly when it comes to the unintended consequences of revitalization. Throughout this series we have championed downtown revitalization, walkability, and placement of housing and services near transportation. These are all great strategies to ensure older residents can stay engaged, and they contribute to the overall economic vitality of the community. However, as these strategies are deployed, and property values rise, long-time, low-income residents can get displaced.

In many cases, the amenities that make revitalized districts so desirable — such as access to transit and proximity to jobs and services — are particularly important to maintaining an affordable lifestyle for lower-income residents.

When people are priced out of town or city centers to seemingly more affordable suburban or exurban areas, they can face higher transportation costs, less access to services, and communities that are lagging behind in developing a safety net of social service providers.

As mentioned above, make sure you have a strategy to protect existing units of affordable housing in these areas. The Low Income Housing Tax Credit program 19 is one powerful tool that can be used to secure private investment in preserving or developing new affordable housing.

PolicyLink, a national think tank, provides an Equitable Development Toolkit, 20 with a variety of policies and programs that can help your community address poverty and other inequities.

Of critical importance is having a vision for your community that is inclusive and considers the needs of all residents.

Of critical importance is having a vision for your community that is inclusive and considers the needs of all residents. This will lay the foundation for policies and programs that ensure all members of the community, regardless of income or age, can contribute and live high quality lives. 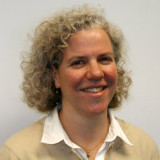 It’s All About Jobs