Do younger planning commissioners bring a different perspective to their role on the commission? Are there any special challenges they face to serving? We asked younger (under 40 years old) members of our PlannersWeb Linkedin group if they’d be willing to respond to five questions from us. Seven volunteered. We want to thank them for their time.

Whether you’re a young commission member, an older one (though still young at heart), a staff planner, elected official, or citizen, we welcome your feedback after you’ve read what our seven participants have to say. Go to the discussion on our Linkedin group page. 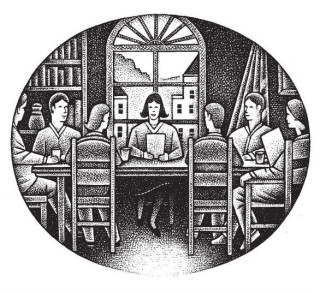 What first got you interested in serving on your planning commission?

Were you involved in local issues in some other way?

I hadn’t really considered serving until I saw an advertisement posted by the Town to fill several vacancies on the planning commission.

I hadn’t really considered serving until I saw an advertisement posted by the Town to fill several vacancies on the planning commission. I thought it would be a great opportunity to apply my experience and contribute at the local level, and decided to apply.

I had a desire to get more involved with our local government, and had no clue how. I wrote a letter to the City indicating my interest. I was then contacted by the Mayor and interviewed to fill a seat on the Commission.

I first got interested in serving on the commission because I wanted to get involved in my community. I inquired with the City and the Mayor and provided them with my background and they suggested I join the Plan Commission. I was not involved in any other local issues at that time because I had just moved to the area.

I wanted to have a voice in how my community was designed.

I took a local planning and management class while earning my Masters in public policy and fell in love with planning. The first (primary) way people interact with their local government is through the built environment of the community. I wanted to have a voice in how my community was designed.

My interest in serving on the Planning Commission developed out of my work as a Transportation Planner with our regional MPO and County Planning Department, and also through my involvement in local politics.

I felt that in addition to my career, volunteering on my local planning commission would put my skills and experience to a more practical use.

I replaced a guy on the commission who relocated due to a job change and he called me to say that I should apply for his spot.

I replaced a guy on the commission who relocated due to a job change and he called me to say that I should apply for his spot. The Planning Commission in Sioux Falls is an appointed position.

I was not active with any local issues prior to joining the commission. I do business development consulting for a living and have been in front of a number of planning commissions in different states because of my job.

I became interested in local politics after serving as a state GOP delegate in 2012.

As a (relatively) young planning commissioner, are there any issues you find yourself more interested in focusing on than older members of your board?

Do you feel you’re bringing any additional or different perspectives to the commission?

Our board is fairly cohesive. I’m more inclined to view myself as a representative of the people of the city and less as a “rubber stamp” for recommendations made by the city planning department. But that’s not necessarily an age-defined characteristic.

I find myself less attached to times gone by, then those who lived and knew the town prior to [the 1974 tornado]. This keeps me more focused on the future and less on the past.

Our City has been through major changes since a tornado tore through three quarters of it in 1974. As a younger member of the commission, being born after that date, I find myself less attached to times gone by, then those who lived and knew the town prior to then. This keeps me more focused on the future and less on the past.

History is important to save though, but with the ever changing cost of doing so, and the increasing government budgets, I find my interest more in saving important history, not just old things. Our limited resources to preserve history should be focused on important landmarks.

I do think that I find myself focusing on different issues than other members of the commission but I’m not sure it’s because of my age. I think the fact that I am a professional planner provides me with a different focus.

Our planning commission is typically made up of retired developers and realtors, gentlemen who have a basic disposition that zoning and planning are generally “bad” and that proper land use should be left to the market. My focus is to challenge that perception by presenting case by case examples of how their previous determinations inadvertently led to negative outcomes that the community nearly universally agrees on.

As a father of two young boys, I’m really interested in improving the future of our town for the younger generation.

As a father of two young boys, I’m really interested in improving the future of our town for the younger generation. It’s a special place to live with a passionate community and incredible access to recreation opportunities. I hope that once they are grown up, our kids will recognize how great a place it is and make it their long term home.

I’m interested in smart growth, sustainable development, pedestrian oriented and bike friendly street design, limited parking, and more transit, and similar issues. Like my fellow millennials, I would like to live close to work and entertainment — and I try to use other modes of transportation (besides cars) to get there.

Beyond planning and design, I also want residents’ interaction with their City to be less cumbersome. I strive to make our commission meetings less wonky.

My main focus is creating a sustainable and accessible built environment. I think I bring a different perspective as young commissioner because I think beyond the way we’ve always done things.

Beyond planning and design, I also want residents’ interaction with their City to be less cumbersome. I strive to make our commission meetings less wonky. I encourage the City staff to think of ways to streamline processes related to planning and building. I’m an analyst for a City as a day job so it’s kind of in my blood. I also bring a different perspective as a young woman around issues concerning personal safety.

I feel like the biggest difference between my views and others’ views is more related to my business experience than my age.

I’m not sure that I am more interested in any particular issues than the rest of the commission. I feel like the biggest difference between my views and others’ views is more related to my business experience than my age.

As I mentioned in response to the first question, I have been in front of a number of planning commissions as part of my job and I think I have seen what works well and what doesn’t — as far as the commission goes. I was also involved in FFA [Future Farmers of America] as a youth and was active in the parliamentary competitions so I have a pretty good understanding of Roberts’ Rules of Order. I think that I have more respect for following those rules than some of the older members who take a more relaxed view of the order of the meeting.

Tags:Getting Started as a Commissioner

Part 1: What Got You Interested in Serving? / Differences Between Younger & Older Members

Part 2: Were You Surprised? / Challenges of Serving on a Commission

Part 3: Are Young Adults in Your Community Interested in Planning Issues / What Advice Would You Give? / Summing Up

Jason Cowles has served as a planning commissioner for the town of Eagle, Colorado for just over two years.

Carla Hansen has been a planning commissioner in the City of El Cerrito, California for two and a half years.

Zach Jacob has served on the West Jordan, Utah planning commission since January 2013.

Josh Long currently serves as the Chair of the Planning & Zoning Commission in Xenia, Ohio as well as a member of the County’s Regional Planning Commission. In addition, he is currently on the City Council after being elected in 2011.

John Morgan serves as a planning commissioner for Millcreek Township, Pennsylvania, where he has been on the board for two years.

Nick Sershen has been on the planning commission in Sioux Falls, South Dakota since 2010 and is currently the chair.

Jamie Tate has been a planning commissioner in the City of Blue Island, Illinois for six years.

Getting Started as a Commissioner