Consider the following scenario: newly elected Village officials decide to implement policies to encourage more environmentally friendly practices. In doing so, they examine the local zoning ordinance and direct the plan commission to consider whether certain areas of the village should be “down zoned.” Downzoning, they claim, by reducing density, may mitigate congestion, lessen pollution, and provide for a better quality of life for residents. But downzoning can raise challenging issues and concerns. 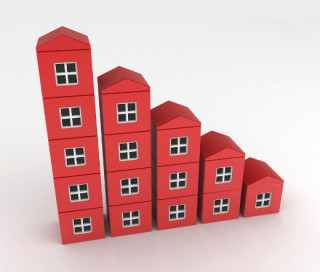 One major problem is that when an area is “down zoned,” the result to property owners is a reduction of density or limitation of uses. Some property owners may complain that their investment has been made worthless or that that a planned project can no longer succeed (at lower densities). In addition, downzoning may create numerous non-conforming uses, not to mention loss of property value and resulting decreased tax revenue to the municipality.

Downzoning may be a way to preserve neighborhood character and enhance environmental benefits.

In short, downzoning is an act by a village or town that may well have significant negative ramifications. On the other hand, downzoning may be a way to preserve neighborhood character and enhance environmental benefits. Ultimately, it is the balance between these advantages and disadvantages which will challenge a legislative body or a planning commission in making the ultimate decision.

Downzoning may create numerous non-conforming uses, not to mention loss of property value and resulting decreased tax revenue to the municipality.

New York City’s Ozone Park neighborhood is a good example. As reported by Capital magazine in an article titled “The Quiet, Massive Rezoning of New York,” 1 one of the main goals of New York City’s downzoning of the area was to “reinforce neighborhood character” by limiting new construction and “codifying the status quo.” This in turn, would presumably help prevent schools from being over-crowded and lessen the burden on local infrastructure. Yet, denser developments — precluded by the rezoning — would consume less land per capita, facilitate use of public transport, and promote small business (in part, by providing more customers close by). Again, it’s a question of balancing the advantages and disadvantages of downzoning.

Make no mistake, a village or town has the right to amend its zoning ordinance to down zone areas to less intensive zoning classifications. A landowner is charged with the understanding that the zoning classification may be changed in the future. However, the municipality’s power to downzone does have some limits.

First, under certain circumstances property owners have a vested right in the continuation of a zoning classification on their land (the issue of vesting can be complicated one and was discussed in my prior article, “Vested Rights“).

As with any major zoning change, downzoning a portion of a city or town should be based on thorough planning studies, examining the pros and cons of the proposed change.

In addition, downzoning may be challenged on Constitutional grounds, that is, a court will look at whether rezoning the property is based upon legitimate and rational reasons. If the downzoning is rationally based, it will likely be upheld by the courts.

On occasion, however, when a municipality downzones an area, a property owner may be left without any reasonable economic use of his land. In these circumstances, the question is whether the downzoning constitutes a “taking,” requiring “just compensation.” But to the extent there is at least some practical economic use remaining under the new zoning, the property owner will be unlikely to prevail.

As with any major zoning change, downzoning a portion of a city or town should be based on thorough planning studies, examining the pros and cons of the proposed change. In short, a planning commission should move carefully when considering downzoning requests.