With the start of an economic recovery in much of the country, developers in many communities face the question of how to restart projects that have lied fallow or failed as a result of the great recession. For those developers who now have the ability to acquire these developments, there are many avenues and approaches to help move the projects forward again. But there are also legal considerations that come into play. As in all my columns, while I want to provide you with some general background, please consult an attorney in your own jurisdiction for more specific advice taking into account your state and local laws and requirements. 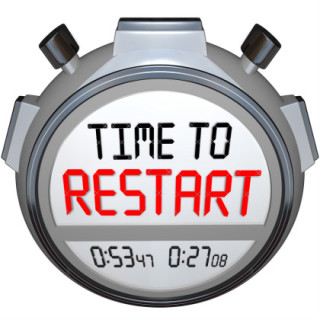 Initially, a developer seeking to revive a dormant or failed project will determine whether the desired property is the subject of an annexation or development agreement. Many development projects are governed by such an agreements, which also be recorded against the property.

Many states, such as California, Colorado, Florida, Hawaii, and Nevada, have adopted statutes authorizing local governments to enter into development agreements. These statutes generally outline a development agreement process culminating in the execution of the agreement between the developer and local government that freezes in place, for a limited period of time, the zoning rules specified in the agreement.

The process typically includes a requirement for initial authorization by a local law, with public notice and hearing requirements, before any agreement is adopted. In that the development/annexation agreement is, in essence, a contract between the municipality and the developer, it is critical that both parties closely examine it to determine their respective obligations.

Some courts may construe the power to enter into a development agreement to remain subject to a requirement of “uniformity.” In other words, the courts may insist that all developments be treated the same and that “one size” of agreement fits all. Therefore, close consideration of state law is called for when determining whether portions of the development agreement can or should be amended, extended, or completely renegotiated.

Other states permit annexation agreements between the local municipality and one who wishes to annex territory into that municipality. This agreement typically includes zoning considerations, plans by which utilities and roadways will be built, and developer obligations.

Both annexation and development agreements will contain benchmarks with reference to construction obligations such as when a subdivision must be approved and when certificates of occupancy must be secured. These items, as well as the zoning for the subject property, are among several critical things developers will consider when determining whether to acquire a previously failed project.

These agreements also typically include a development plan which governs the manner and timing of the development, setting out building permit, construction initiation, and project completion deadlines. In the event these deadlines pose a challenge for timely completion of the new project, developers will look for time extensions and will need to consider the likelihood that those extensions will be granted prior to acquiring the property.

In determining the feasibility of acquiring a failed project, developers will also review title to determine if any “recapture agreements” or other financial obligations have been recorded against the property.

Recapture agreements are typically those agreements which a municipality will approve via ordinance requiring owners of properties benefitted by a public improvement to pay their pro rata share of the same.

For example, if a developer extends sewer or water lines beyond his property onto other properties, he may recapture the cost of that extension from the other benefitted property owners based upon their pro rata share of the benefit that they received. Developers therefore will review title to see whether the property they are acquiring is a benefitted parcel, and therefore under a requirement to pay recapture fees at a certain time.

In addition, monetary exactions which a community may seek to obtain from the developer will be different depending on the nature of the use.

It has generally been held that a local government may exact land, land improvements, and fees during the course of awarding a zoning change, subdivision map approval, site plan approval, or building permit. The limit on municipal exactions has been discussed by the U.S. Supreme Court in three critical cases: Nollan v. California Coastal Commission, 43 U.S. 825 (1987); Dolan v. City of Tigard, 512 U.S. 374 (1994); and Koontz, Jr. v. St. John’s River Water Management District – U.S. – 2013 (2013). In short, recapture fees, impact fees, and exactions must have rough proportionality to the impact which is caused by the development. 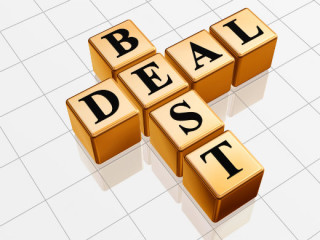 In reviewing the impact fees and exactions required by the municipality, developers may seek to reduce them or negotiate the timing of payments.

Typically, developers will have some sense as to whether the fees may be reduced through preliminary negotiations with the municipality prior to purchasing the property. If not, they will take a calculated risk that the fees can be reduced after acquisition.

For example, developers may seek to have more fees paid later during the development, thereby providing more liquidity when the project is at its early stages. Developers may also seek to negotiate the payment of fees with each phase of the development (i.e., preliminary plat, final plat, building permit, or certificate of occupancy).

In addition, developers may examine whether the property can be rezoned pursuant to the development agreement or local zoning ordinances. Some properties which were previously zoned for single family residences may, for instance, be more marketable in today’s climate as townhomes. Other properties which were foreclosed upon by banks or financial institutions may be more profitable with a change of zoning from residential to commercial.

As the economy improves, a growing number of planning departments and commissions will see renewed interest by developers in acquiring failed or stalled projects. The challenge will be how to help these projects move forward, while complying with municipal zoning ordinances, maintaining consistency with local plans, and allowing for citizen input.

In this light, developers may appear before local planning and zoning bodies to request modified plans, changes in zoning, or even extensions for developments deadlines. These requests should be looked at carefully to make sure they maintain the integrity of the community’s planning visions both for today and the future.