As I sat through a public hearing for another minor site plan revision, what I wanted to say was “Ma’am, we’re here for you.”

I serve on my town’s planning commission. We’re a group of volunteers appointed by our board of selectmen; our appointments are based partly on our qualifications, but mainly they’re based on the fact that we show an interest in our community and its future. I suspect that this is the primary factor that motivates the interest of most planning commissioners – wanting to give something back. But to give back to whom? Who do we serve as we fulfill this motivation?

This was the situation at that recent public hearing: the owner of a small light manufacturing plant wanted to modestly expand his building to accommodate new equipment, and this required a modification to the approved site plan. The facility is in a commercial zone, but surrounded by residential uses. Abutters were notified, the hearing was scheduled, and there we sat listening to the presentation by the applicant. The commissioners all seemed amenable to the proposal and asked few questions.

The public hearing was opened, and an elderly woman — the only person there other than us and the applicant — introduced herself as a direct abutter. She spoke glowingly of the applicant, saying that he was a good neighbor, and then she started to gently interrogate him — would the hours of operation change? would the traffic pattern change? would there be added noise from the new HVAC unit? and so on. All her questions were good and expressed the valid concerns of an abutter, but at one point she turned to the commissioners and said “I’m sorry, I don’t want to waste your time.”

It was then that I wanted to say “Ma’am, we’re here for you.” But I didn’t say it, because as the words sat inside my head I thought, I’m also here for the applicant. While I know that we commissioners sat there also to represent the interests of the public generally, our decisions often are reduced to a struggle between an applicant and those who would be directly impacted by the proposal under consideration. 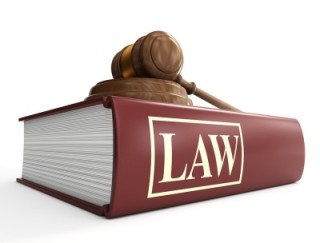 When there is such conflict, the commission can’t please both the applicant and the abutters, and it may feel easier to yield to abutter-raised concerns and either deny the application or impose unreasonable conditions. Otherwise, the commission risks being seen as a “rubber stamp” body that is in the pocket of developers. The abutters are the people whom commissioners are more likely to run into in the grocery store. They’re more often our neighbors than are the applicants. But commissioners generally are compelled by law to make the harder decision and say “yes” to the applicant.

As a young town planner twenty-five years ago, I remember reading a local newspaper article about my counterpart in an adjacent town who had been fired because of allegations that he was too “friendly” with developers. Chances are he was just doing his job. Planning commissioners are in the same boat. My state’s constitution has been interpreted to mean that as governmental bodies, planning commissions are required to assist the applicants appearing before them; 1 your state likely has a similar requirement, whether it is in your constitution, statutes, or court decisions. 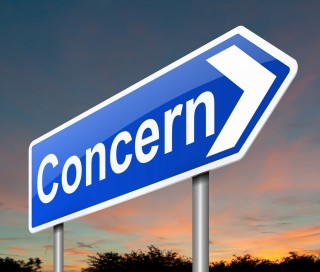 You don’t need to engineer the applicant’s plans, but you do need to provide the applicant with guidance through the process. For example, a commission should tell an applicant early on what the major concerns are that will pose a barrier to approval. Failure to give this guidance doesn’t protect the public interest by validating abutters’ issues. Rather, it ignores the purpose of government and the planning commission’s ethical obligations to serve all of the people, not just those you pass regularly on the sidewalk. By the same token, you’re there to serve your friends and neighbors too — so the abutters deserve your best advice as well.

At the end of our recent hearing for the minor site plan amendment, the elderly abutter expressed her gratitude to us for listening to her concerns and the commission approved the application with a short list of conditions. The abutter and the applicant both left with the satisfaction that we had done our job. We had balanced the interests of the property owner against those of the people living in the neighborhood — that is, the private property rights weighed against the interests of the larger community. Striking that balance and serving the interests of all is the essential legal and ethical obligation of the planning commission. 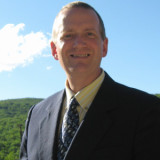 For other articles we’ve published on planning commissioner roles & responsibilities.