“You never listen” is a common marital complaint but it is also is an expression used by citizen to criticize their elected officials, planning commissioners and government employees.

Hearing is part of a built-in biological alarm system that works even when people are asleep. The auditory alarm system of the human body uses a complex neurological system to monitor and control volumes so that individuals can choose when to shift from hearing to listening. 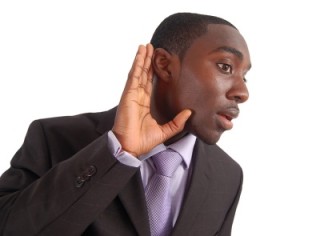 The difference between the sense of hearing and the skill and ability to listen is attention; i.e. paying attention to what they are hearing. Hearing is easy; it’s the listening in an environment full of auditory and visual distractions and information overload that is the hard part. And then actually doing something with what is learned is even harder.

In the landmark business book In Search of Excellence, written by Tom Peters and Robert Waterman, they concluded that successful organizations really are close to their customers, are better listeners and their customers are involved in every aspect of their organizations. Conversely, they found that for many marginal underperforming entities, customers were a nuisance and were even considered to be an intrusion on their operations. In their research, they were amazed to find for highly successful organizations, “the extent to which, and the intensity with which, the customers intruded into every nook and cranny of the businesses-sales, manufacturing, research, accounting.”

The first and most important principle of customer service is continuously listening, learning, caring and responding as quickly as possible to the information you get from your customers.

Local governments that are not actively engaged in listening and adapting their services to meet the needs and expectations of their customers and citizens are setting themselves up for disappointment and failure. They may not have a stadium scoreboard that posts game results but they do have annual budgets and nothing gets an organization’s attention like cutting the budget and reducing the work force.

Most local governments, at one time or another, have one or more especially troubled departments or agencies that are struggling for relevance and public support. Unfortunately, for my many friends and colleagues in the planning profession, in too many communities planning tends to be at or near the bottom of the list when it comes to customer satisfaction. In fact, a national meta analysis of hundreds of local citizen satisfaction survey’s found that planning was ranked next to last among all governmental services, just above sidewalk maintenance. 1 This makes planners an all too easy target for budget cutters in communities that have to reduce their budgets.

For instance, for the second time in 16 years, the planning department for the City of San Diego has been consolidated with development services, its budget has been slashed, and its employment reduced from 129 to 22 people. William Anderson, the former planning director, stated, “Planning is not dead in San Diego — it’s just more of a change in emphasis.”

Whenever one of my departments was downsized and had its “emphasis” changed, I took it personally. In Fort Worth, the planning department was clicking on all cylinders and we were doing everything right. But for three years in a row, the department‘s budget and staffing level had been reduced and we had been forced to become experts at doing more with less. I complained to the city manager that we were not getting any love from the budget people for our creative management efforts. He acknowledged being impressed with our ability to be both leaner and more productive, but he also admitted they were going to continue to reduce our budget because the impact of the previous cuts had not been noticed by the community.

At a subsequent budget workshop, I told the city council the story of a pig with an artificial hip: 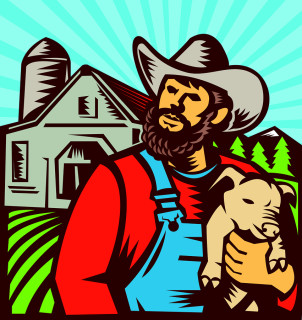 A visitor saw the pig and asked for an explanation. The farmer replied that this was a special pig that had saved both him and his family’s life a number of times. For instance, on one occasion the farmer’s tractor had turned over on its side and pinned him to the ground. A sharp protruding piece of metal had pierced his side and he was slowly bleeding to death.

Fortunately, the pig saw the accident and took action. He ran to the farm house and started running around and oinking at the top of his lungs until the farmer’s wife and sons took notice and followed him back to the field where they found the farmer. They were able to free him from the tractor and get him to the hospital in time to save his life.

On another occasion, a burning log fell out of the fireplace onto the living room floor late at night and set the house on fire. The pig had been sleeping under the house and when he smelled the smoke he woke up and started loudly oinking. He kept it up until he woke the farmer and his family. They were able to get out of the house alive but they lost everything else in the fire.

The farmer was telling yet another story about the pig’s lifesaving exploits when the visitor impatiently interrupted him and asked what all this had to do with explaining why his pig has an artificial hip. The farmer quit telling his story and replied to the visitor, ”When you have a pig this good, you don’t eat him all at once!”

It has been suggested by some of the well meaning leaders of the planning profession that planners just need to do a better job of communicating and explaining the value and importance of planning. In other words, people just don’t know what a good pig they have. But Michael Petrenko, a planner with 35 years of experience from Millsboro, Delaware warns that:

“The first step in the communication process should be planners listening to what their ‘customers’ believe they need — not the other way around. Until we focus entirely on those we serve, we will continue to lose relevance, regardless of how well we communicate our ‘message’.”

In a scene from the movie Cool Hand Luke, Strother Martin knocks down Paul Newman and famously laments, “What we’ve got here is failure to communicate.” Of course what he really had was an incorrigible Paul Newman who was totally unwilling to listen, hear and learn from the warden.

Too many planners and planning commissioners are like Strother Martin and think the problem is a failure in how they communicate to the public. Unfortunately they know all too well how to communicate one-way; they are just not skilled at, or committed to listening to their customer-citizens and developing and delivering the products and services that people want, need, value and are willing to pay for.

In any relationship, you have to listen if you want to be heard and this same principle applies to government and to public service.

Oliver Reed, a notorious English actor, tells a story about the time he was in a restaurant in France and was having difficulty getting waited on. Turning to a companion, he whispered, “I’ll show you how to get service in this country.” He then picked up a chair and threw it through the front window where it landed in the street. When five waiters and the restaurant owner quickly surrounded him, he glanced at the menu and announced, I’ll start with the soup. 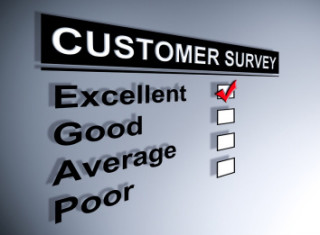 Your citizens and customers are constantly calling, emailing, writing, visiting, protesting, demonstrating, suing, and doing almost anything and everything they can think of to get your attention. In any relationship, you have to be a good listener if you want to be heard and customer service and customer satisfaction starts with listening, not unidirectional top down communication.

By really listening to people and using communication technology to empower individuals and the whole community to help develop and deliver citizen and customer-centered public services, it will be possible to strengthen relationships and improve the perceived efficiency and effectiveness of local government. 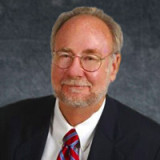 Bruce McClendon is a planner and past President of the American Planning Association — with over forty years of experience. He is also the author of six books including his latest, Customer Service.Gov: Technology Tools and Customer Service Principles for Innovative and Entrepreneurial Government (Citygate Press, 2013).

When They Speak, Do You Listen?

Customer Service: What It Is & Why It’s Important