Two years ago we asked 25 individuals who have served both as professional and citizen planners for their thoughts on a series of five short questions — and published their replies in the Planning Commissioners Journal. We received great feedback on what we titled “Sitting on Both Sides of the Table” — as a result, we decided to ask another seven  individuals who have also sat on both sides of the table for their thoughts. We hope you find what they have to say equally interesting. 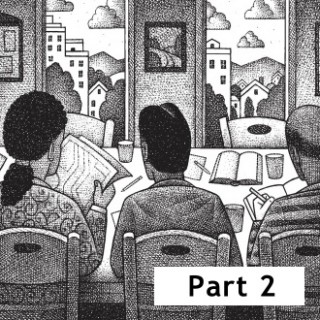 Was there anything that particularly surprised you when you started serving on the planning commission?

Although I had probably made over one hundred presentations in front of various commissions, councils, boards, and the public, I found that I was much more nervous than I thought I would be at the dais.

Speaking candidly about the merits or shortfalls of a project or whether I agree or disagree with my fellow commissioners while having an audience hanging on every word was a little nerve wracking.

My experience staffing a commission compared to sitting on a commission was very different. The staff role at the larger city (75,000 population) was prescribed, and sharing of information was formal and comprehensive; commissioners relied heavily on staff. In my new hometown of 4,000 population, though staff was sophisticated and plenty of maps were supplied for review, communications were informal and minimal, and the commissioners functioned quite independently of staff.

Yes, that you have to follow the regulations set forth in the code book!

And that they seemed out of date with what was at the time going on with planning practices, BMPs, etc.

I was most surprised by the power of the township solicitor. Often, the recommendations of the engineering and zoning staff would be trumped by the opinion of the solicitor. It was surprising to see that the municipal staff who would be the most appropriate to assist with planning decisions were undervalued compared to the opinion of an attorney.

The lack of training was surprising. There was a brief orientation, but nothing in depth that would benefit lay persons unfamiliar with planning.