A longstanding debate is again heating up. The debate, that is, over whether a nation, state, or community should favor job creation and economic gain over benefits such as environmental protection and public health.

One example, as I write this in May 2010, is raging in California over implementation of a law that would slash the state’s greenhouse gas emissions. A proposed ballot petition would delay the law until California’s current unemployment rate is cut by more than half. One side’s research says the law could cost 1.1 million jobs, and the other side’s findings claim the law would reduce California’s overall fuel expenses $3.8 billion by 2020.

On the local turf more familiar to planning commissioners, my community is engaged in an increasingly vituperative spat over installation of a gravel pit operation, to be situated across the street from an upscale subdivision. The battle is characterized as jobs and economy versus public health and “quality of life.”

I would expect that you, along with any seasoned planning commissioner, have had to wrestle with some form of this debate. Take heart: We’re increasingly seeing means by which we can escape, or at least minimize, the toxic charges and counter charges common to these tiffs. 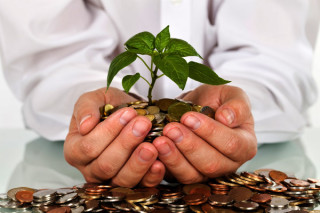 The first is through advances in quantifying the previously unquantifiable. An early adopter of quantification is the Sierra Business Council (SBC), a California-Nevada regional alliance that compiles what it calls the “Sierra Nevada Wealth Index.”

On the other side of the continent, GPI Atlantic, a Nova Scotia-based nonprofit, developed an instrument dubbed the “Genuine Progress Index” (GPI), whose six main categories of numerical measures are living standards, health, time use, community vitality, education, and environmental quality. Under “time use,” for example, are dollar measures of civic and volunteer work and unpaid housework and child care.

In some cases we also may find that an issue presented to us as “either/or” is instead more of a “both.” That sort of solution is implied by Thomas M. Power, emeritus economics professor at the University of Montana, who, in his 1996 book Lost Landscapes and Failed Economies, wrote, “What we seek, through both … industry and environmental protection, are economic goods and services.”

The ultimate aim of those on both sides is a net gain in quality of life, which is determined by economic, environmental, and societal impacts. So if it’s not a stark either/or choice, why do our  debates concerning economy and environment tend to be framed that way? In part, because it helps simplify complex issues. And issue partisans, along with the media, often prefer simplicity; it makes their jobs easier. Starkly defined either/or controversies also seem to help with fundraising (for some advocacy groups) and audience ratings (for some media outlets).

But today we know, by way of numerous studies and companies’ experiences, that pro-environment measures can be pro-economy as well. Look at carpet manufacturer Interface, Inc., whose founder and chair Ray Anderson gained corporate fame by committing his company to environmental and social responsibility. In an early 2010 podcast, Anderson asserts that his company’s initiatives in these areas “have saved 400-and-something million dollars … I mean real money.”

Closer to home for us planners is increasing evidence that caring for our natural and social environment also boosts our economic well-being. A study released last year, for example, found that homes near a park or natural area in the Minneapolis metro area get an average property value boost of $16,300. Open areas of 50 acres or more increased the value of homes up to a half-mile away by between 3.0 and 4.8 percent. [See footnote]

What’s the bottom line for planning commissioners? It’s that we should always be open to non-financial measures of our community’s well-being and always be skeptical of anyone who comes before us claiming we have to choose between the economy and the environment.

Dave Stauffer is a freelance writer and chairman of the Yellowstone Business Partnership. He is a former city planner, planning commission chair, and city council member in Red Lodge, Montana.