The idea — and process — of identifying, shaping, and promoting a particular image of a city or neighborhood has come to the fore in both the academic and popular press. It’s called “branding.”

Certainly, many cities have long had distinctive identities, and have been known — sometimes worldwide — for certain characteristics. Think: Chicago, The Windy City; Paris, City of Light. But in today’s competitive economic environment, with cities clawing for new businesses and for tourist dollars, identities that emerged gradually over time — and may not have even been particularly appealing — are now being instantly forged with the help of advertising (oops, communications) firms and media conscious chambers of commerce and elected officials.

Here’s a short excerpt, for example, from a recent article by Roger Yu in USA Today: “Cities use destination branding to lure tourists” (Feb. 11, 2010) 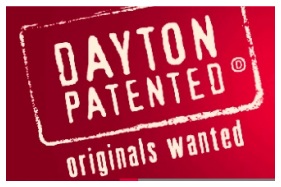 “Tom Biedenharn’s new business cards contain a recruiting message: ‘Dayton Patented. Originals Wanted.’ The cards are a reminder that the city was once a place of innovation and is again serious about recruiting such talent, says Biedenharn, Dayton’s public affairs manager.

‘Destination branding,’ such as Dayton is undertaking, is back in vogue as cities and states pursue image makeovers designed to help them stand out in the weak global economy, attract visitors and even lure people who might relocate.

City slogans have been around for decades. But image branding is taking on more urgency as visitors and meeting planners become more discriminating in spending their shrinking budgets. …

For cities such as Dayton, Fresno and Cleveland, branding goes beyond tourism. It aims for a new identity that can stir local communities out of economic doldrums. …”

Dayton even cleverly highlights its branding campaign on the city’s web site — asking visitors to nominate a Dayton “original.” Selected people (and places) are then highlighted.

Another city that has just recently branded itself is Regina, Saskatchewan. As reported by Bruce Johnstone in The Leader-Post (Feb. 9, 2010): 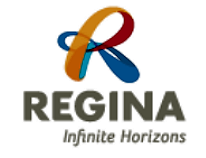 “Regina has a brand new brand in the form of a stylized letter R and a new slogan infinite horizons” — to convey the city’s boundless opportunities and enviable quality of life. Mayor Pat Fiacco unveiled the city’s new brand at his annual State of the City address … Fiacco said the new brand, developed over 18 months for $320,000 by Winnipeg advertising firm McKim Cringan George, will help promote the city, both inside and outside the province. …

Following his address, Fiacco said spending close to $400,000 in developing a brand should more than pay for itself in population growth and job creation. ‘It’s the cost of doing business. Cities who do nothing, get nothing.’ In fact, Fiacco said every new citizen adds $40,000 in per capita GDP to the local economy. ‘So if we get 10 new people, this pretty much pays for itself over the course of time.’ ”

The City has even posted a Q&A page on its web site explaining what the new brand means and how it can be used.

Some interesting observations on branding come from Otis White of Civic Strategies:

it’s infinitely harder to create a credible brand for a city than for, say, household detergent. … For one thing, cities aren’t discrete products. You can’t reformulate them, relaunch them or shut them down if they’re underperforming.

“Cities are in a lather these days about branding, and the list of cities actively searching for a ‘brand’ (the image that pops in your head when you think of a place) is long indeed: Chicago, Denver, Dallas and on and on. What these places are learning, though, is that it’s infinitely harder to create a credible brand for a city than for, say, household detergent. … For one thing, cities aren’t discrete products. You can’t reformulate them, relaunch them or shut them down if they’re underperforming. Also, ‘place marketing’ almost always involves a lot of interests, some of which do not see eye to eye.

So is all this branding stuff hopeless? No, experts say, but cities need to proceed realistically. … First, they shouldn’t aim to be too specific with their images; the goal should be to create an “umbrella brand” that nearly everyone can live with. … Second, branding efforts should proceed with a lot of public outreach. ‘To deliver,’ one expert said, ‘everyone must believe in the brand.’ ”