Community members too often become frustrated by limited public participation opportunities when major projects are being proposed. This can come up with neighborhood or area revitalization plans; large-scale development proposals (especially when affecting residential areas) or master plans; new annexations; and similar situations.

People may attend public meetings with high hopes for the results, only to conclude that decisions are being made behind closed doors. This can result in apathetic sentiments like, “they’re just going to do what they want whether or not I get involved.”

At the same time, planning commissioners are often disappointed when large-scale, controversial projects or plans are presented to them at public hearings attended by crowds of angry residents complaining about having little prior input. The result can be contentious, time-consuming, and unproductive public hearings, and a hardening of antagonisms between the various parties. 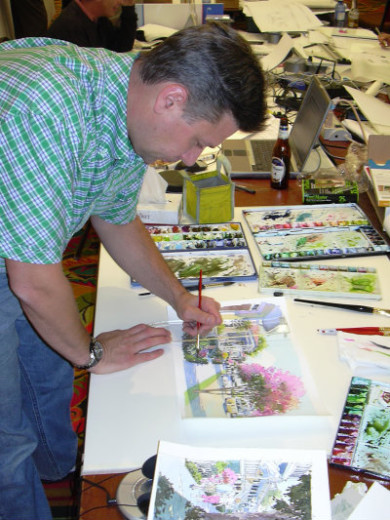 An important goal of a charrette is to bring decision makers and community members together in one place to create a plan that represents a detailed, feasible agreement — a consensus which can otherwise take months to achieve.

The French word “charrette” literally means “cart” and is used to describe the final intense work effort expended by art and architecture students to meet a project deadline. At the École des Beaux Arts in Paris during the 19th century, proctors circulated carts to collect final drawings while the students frantically put finishing touches on their work. The charrettes that we at the National Charrette Institute teach combine this creative, intense design work session with a collaborative public workshop.

A charrette usually runs between four and seven days (depending on the complexity of the issues) and involves an intensive series of meetings and design sessions. This time compression facilitates creative problem solving by accelerating decision making and reducing unconstructive negotiation tactics. It also encourages people to abandon their usual working patterns and “think outside of the box.” 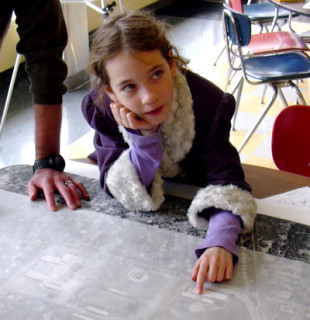 We build into the charrette process a series of three major “feedback loops” where design ideas are created by a charrette design team based upon project constraints and a public vision, and then re-presented within hours for further review, critique, and refinement. Regular stakeholder input and reviews quickly build trust in the process. These feedback cycles also foster a holistic understanding of complex problems by all participants, and form the basis of a plan that reflects all viewpoints.

The design team which organizes and runs the charrette is typically comprised of the project sponsor (e.g., the city planning agency, developer, and/or community group) and a multi-disciplinary team of professionals. This group is usually staffed, at a minimum, with planners, architects, landscape architects, transportation engineers, and economists. This team is usually comprised of consultants, sometimes augmented by agency staff.

A multi-disciplinary team is important in ensuring that the design work during each step of the charrette is realistic. To create a feasible plan, every decision point must be fully informed, especially by the legal, financial, and engineering disciplines. The focus on feasibility brings a level of seriousness and rigor to the process for everyone involved.

An important objective of the charrette process is to identify areas of disagreement. During the charrette, the design team works to create design and planning solutions that resolve areas for which there may be no readily apparent solution. A well-run charrette reduces the potential for surprise conflict arising late in the game.

Before a successful charrette can be held, there’s need for preparation. This first phase of getting “charrette-ready” can last anywhere from six weeks to nine months. The second phase is the charrette itself, which typically runs from four to seven days. Following the charrette is the third phase, or plan implementation, which is required to ensure project success.

The article then continues with an overview of these three phases.