Each freight mode has pluses and minuses:

The use of trucks began to rise sharply after World War II with the development of the interstate highway system. Trucks have long been the primary mode of transport for moving time-sensitive products such as fresh fruits and produce, as well as for getting high-value perishable products from processing plants to retail distribution centers. While rail and barge are more energy-efficient modes for bulky, low-value commodities such as grain, trucks have even become the predominant mode for these products, especially among inland grain-producing areas far from waterways or major rail lines.

More than half of the communities in this country depend exclusively on trucks to meet their outbound transportation needs. Such reliance poses a critical problem for rural agricultural communities: the increasingly heavy vehicles ruin local roads. Consider two rural Kansas counties. When Ottawa County, population 6,000, lost rail service in the mid-1990s, its annual road maintenance bill increased from $1 million to nearly $7 million. The loss of rail service to Harper County, population 6,400, necessitated a $27 million investment in roads and bridges to withstand the additional truck traffic.

It’s very hard for rural localities to raise these kinds of funds. Rural roadways account for more than half the nation’s network, but carry just over four percent of the total vehicle miles traveled. Since state and federal funding formulas are often based upon vehicle miles, rural areas — where traffic is light but trucks are heavy — are at a distinct disadvantage.

In addition, about 25 percent of local roadway revenues come from property taxes and bonds. In efforts to protect working farmlands, rural localities and states often lower the tax rates on these large parcels. But most farms rely on trucks to at least some degree. So, if the farms are successful, costs for roadway and bridge repairs go up, but fewer local tax revenues are available to meet the need. 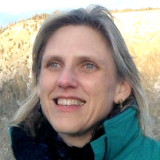