See the previous section of The Local Economy Revolution: Welcome to the Sea Change

Today, Della Rucker considers the importance of viewing the local economy as an ecosystem, and then turns to the central role that resilience plays in economic health.

If you’ve going to dive in, you might as well start at the deep end of the pool. Let’s think for a few minutes about the deep structure of our assumptions about how our local economies and communities work. Because if we’re going to enable the changes we need, we’re going to have to rebuild from the foundations.

We need to fundamentally change how we think about communities, businesses, organizations and governments.

We need to recognize that economic vitality depends on the health of a community, and that a community is not a set of separate, unrelated systems — a business district, a school system, a park system, a street system — but an ecosystem.

How our businesses do, what happens to our downtowns, what our parks look like, where we spend our money, how we talk about our communities … all that stuff doesn’t just affect that one thing. It affects everything.

We’re starting to talk about the importance of “quality of life” as not just a planning function, but as a lynchpin of economic growth. But the lip service we’ve been giving to that topic doesn’t go nearly far enough.

We’re starting to talk about the importance of “quality of life” as not just a planning function, but as a lynchpin of economic growth. But the lip service we’ve been giving to that topic doesn’t go nearly far enough. We haven’t fully internalized or changed our practices to address what is probably one of the most critical ramifications of “quality of life:”

We create tons of un-needed pain and squandered opportunity for our communities simply by not thinking beyond our own pet interests or our own department walls. This lack of interdependence acceptance is, at its core, one of the fundamental issues that stymies effective economic development today.

The reason why communities do economic development, why they invest time and resources in it, is to make sure that the local economy has what it needs and is doing what it is necessary to support the health of the overall system. The purpose of economic development, at its core, is to help the community become stronger by making sure that the economic part of the ecosystem is fulfilling its role adequately.

Here’s the hard truth, though: it’s a hell of a lot easier to define our economic development work, and to measure our achievements, if we cast our work in terms of “winning new businesses” instead of “facilitating the health of the local economy.”

It’s a lot easier to count new jobs, or new employers, or hits on the web site, or hands shaken at the International Shopping Centers Conference, than it is to evaluate whether we are actually creating a healthier local economy. That is, unless we have a clear plan and are measuring the right kinds of improvements. We can certainly do a clear plan and accurate measurements — there are a lot of resources out there that can help us do that.

The big barrier isn’t technique. The big barrier is that meaningful action and evaluation to determine if you’re actually improving the local economy take more honest thought and stronger leadership than just chasing anything that moves and claiming every minimum wage job as a “victory.”

So more often than not, we count the web site hits and handshakes, we shoot what flies and claim what falls, and assume (or take on faith) that our trumpeted achievements are somehow supporting the community’s ecosystem. But we never ask how, or check whether that’s really happening. And then we wonder why it seems like the big picture never gets better.

Economic developers are starting to figure out that “quality of life” has something important to do with the ability to grow a local economy.

Economic developers are starting to figure out that “quality of life” has something important to do with the ability to grow a local economy, but until our understanding of the interdependence of the economy on the rest of the community ecosystem takes root, it’s going to be far too easy to default to old measures — measures that often hide whether our efforts are helping the larger community or hurting it.

I pick on economic developers a lot — and the goal of this book is to get people who deal with economic development to change how we work. But the truth is that there is more than enough blame to spread around.

When urban planners fall into the trap of assuming that a single physical strategy, such as Complete Streets or New Urbanism or Urban Renewal or any of the other catch phrases through the years, will have a “catalytic” effect on the local economy, it’s the same error at work: we are not fully thinking about the entire ecosystem. People who do not have good economic prospects or are insecure about their jobs may use the bike lanes out of necessity, but may not shop in the stores by the bike lane like we anticipated.

We oversimplify the ecosystem, we stay in our silos and stick to our simple solutions, because it’s intellectually easier. It’s easier to say “My stuff is important, yours isn’t” than to try to look rationally at the whole range of issues and understand how My Stuff fits into the whole system. 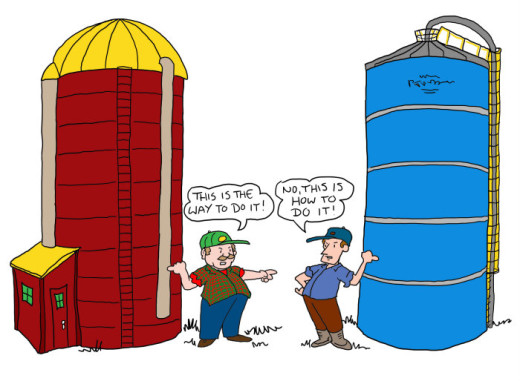 If we pretend that we don’t have to worry about those overlapping impacts, if we pretend that our communities are nice simple frontier towns with lots of empty land to absorb those impacts and a small group of people to accommodate, then perhaps we can continue to pretend it’s all simple. After all, if we screw it up too badly, we can move out into the scrub another five miles and start over. All we need are new subdivisions, right?

We did that. And it basically worked, until we ran out of empty land, or until those people that we were trying to accommodate become more numerous and more complicated.

But that’s where we are today.

If we are honest about the complexities of our communities, then we have to be honest about the fact that there are few, if any, simple solutions. Economic Development issues don’t just impact businesses, and when we don’t see these related impacts, we will certainly feel their effects. If we want to facilitate the health of the ecosystem, we have to work on a wide range of elements in concert.

Ideally, this is what planning of any stripe should do, whether economic development strategic plans or community comprehensive plans or any other variant on the theme. It’s part of why it becomes increasingly important to plan for multiple possible futures – with this many moving parts, a certain level of uncertainty is inescapable. But too often we only plan for My Stuff, not for the role our bailiwick plays in the larger system.

We are increasingly learning that natural ecosystems, well, they’re pretty cool. All those interconnections and interdependencies between the plants, the bugs, the animals and all that give a strong ecosystem the same traits that we desire in our communities: long-term growth, healthy organisms, the ability to bounce back from disasters. Visit the site of a forest fire three years ago, and you’ll see what I mean.

And the biologists and botanists and other –ologists tell us that ecosystems that lose key members, like an animal that is part of the food chain, are bound for trouble or collapse. Even if that animal isn’t a candidate for World Wildlife Federation bumper stickers by itself. The whole reinforces the parts.

If we are serious about building communities that are robust, resilient, flexible and don’t leave us up a creek in the future, we need to think of our communities as economics-driven ecosystems, systems where the silo walls have broken down and where the leaves of one aspect of the community shade the roots and feed the animals that make up the rest of the system.

What we really want is to build resiliency — to equip our communities to be able to bounce back from setbacks.

Growing up in the Cleveland snow belt, plants weren’t much on my radar… except for that first crocus of the year. It came up at a time when spring was still imaginary and the black crust along the roadways made you think more of something dead than something coming back to life. 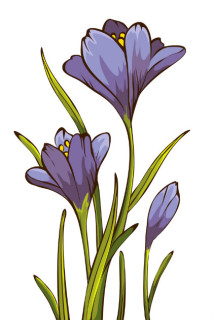 Despite blizzards, despite ice, despite unending leaden grey skies, that impossible little patch of color came back year after year.

There is something audacious, even ridiculous about a crocus. Tiny, flimsy little thing with its blossom too big for its stem, pushing in when larger and prettier plants won’t grow, and taking on the same battle year after year.

What do we want, truly want, for the communities that we care about? It’s fair to say that we want them to be healthy — to thrive and succeed for the long term. No one goes into this work wanting to make short-term wins that will set the community up for disaster down the road. And even with our best efforts, we know that blizzards and long stretches of black snow will probably show up in the future.

What we really want, then, is to build resiliency — to equip our communities to be able to bounce back from setbacks. We want them to overcome lost businesses and political fights and bad development decisions and continue to provide great places for people to live and work and all that other stuff we talk about.

Resilience requires the right fit with the environment it’s in, with all its limitations and dirty snow and lack of sunlight. Community resilience requires careful attention to issues like business mix and diversity, places for many different kinds of people to live, plentiful options for getting around, systems for food and water and travel and people’s livelihoods.

Resilience requires strategies and systems that spread the risk, lowering the odds of a catastrophic blow.

We in the Rust Belt had learned to depend on a few industries, a few leaders, a few simple assumptions about the world, and we concluded that things would go on that way forever.

About the time I became aware of the crocuses, the economy where I grew up was falling apart. We in the Rust Belt had learned to depend on a few industries, a few leaders, a few simple assumptions about the world, and we concluded that things would go on that way forever.

Cleveland today is a different place than it was in 1980 — better in some ways, more challenged in others, but on many measures, a place facing much harder times than it used to. If we’d had our eyes open, if we would have lessened our dependence on those few industries, leaders, and assumptions, maybe things would have been different. Maybe, at least, we could have weathered the blizzard better.

A resilient community might not make a Million Places to See Before You Die list. It might not feature the showplace blossoms or the tallest stems, and it might look pathetic on your dining room table. But if what you really want is a place that lasts, a place that people will care about and care for through generations … if you want your community to be able to bloom again after the winter … perhaps we should take a closer look at that crocus.

Maybe it’s on to something.

Editor’s note: Read some very interesting follow up Q & A where Della responds to a question I posed about what you just read.

For a look at one promising effort to bring resilience back to a neglected Cleveland neighborhood, see my report: Audacious … or Realistic?