What Comes to Mind When You Think about Historic Preservation? 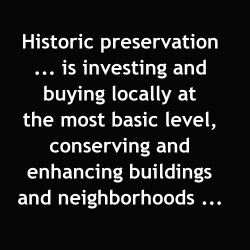