Ralph Becker was elected Salt Lake City’s mayor in 2007 after spending 11 years in the Utah Legislature.

Becker, who is also a planner (FAICP) and a lawyer, explained that in his first year in office “we did a synopsis of all city codes and what was in the way of our being a truly sustainable and livable city.” The code review project — which was led by Chris Duerksen of Clarion Associates — was “tedious, difficult work.” But, he continued, “it identified over 300 specific changes we needed to our city codes.”

The project also showed, Becker said, that “the everyday things we do in the city” can be more important and have a greater impact on residents than a dramatic, high profile project. In some cases “we needed to just get out of the way of the good things people want to do.”

One example he pointed to: urban agriculture. “Incrementally our zoning made this more and more difficult. We had all sorts of restrictive provisions, such as prohibiting greenhouses because of accessory structure limitations, or not allowing portable community gardens on vacant lots, a great temporary use.” 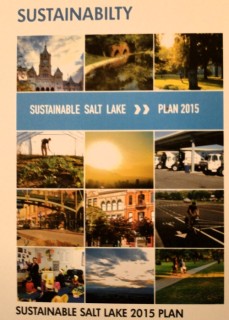 Becker, who was re-elected in 2011, said his second term is focusing on implementing a “livability agenda.” Among his priorities:

Speaking after Mayor Becker, Brainard told the audience that you don’t have to have to live in an area of great natural beauty, like Salt Lake City, to have a great city. And turning Carmel into a great city is what Brainard’s been striving for in his 18 years as mayor.

One of the cornerstone of his administration was the idea of “building a real city center.”

Here’s an abbreviated version of how Brainard described what this involved — and I’m paraphrasing his remarks slightly:

Our palette in central Indiana: a flat plain, no water, no mountains, no beaches … and winter. So what, that’s similar to Paris, France (though they do have a small river). But Paris focused on its built environment. So we have to pay particular attention to architecture, since we don’t have many natural amenities.

When I took office we had a small, four block, little Main Street that was in bad shape. We also recognized it wasn’t large enough to serve as a downtown for our eventual build out population. So we turned this area into arts and design district.

We started to do a series of public-private partnerships for development of a Main Street arts and design district. For our first public-private project, the City bought land and discounted it to a developer. But we told the developer what we wanted — we wanted the buildings up to the street, with apartments over retail. The apartments were filled within weeks.

We spend two percent of city’s annual revenues on supporting the arts. We now have over 20 pieces of public art. But we were also worried about gentrification and the impact this would have on the artists we were trying to attract. We wanted to get some equity in the hands of the small art gallery owners. In our agreements with developers, we said we’d help you with this project (in terms of infrastructure, and discounted land pricing), but in return you have to sell 80 percent of the storefronts to the individual owners, often small family-owned businesses.

There are now 66 arts and design businesses in our district — 45 in a new design center that replaced a liquor store.

Since then, we’ve had over half a billion dollars of public and private money invested in our new city center.

We didn’t want to design for the auto, though we knew we needed to accommodate cars. We wanted to design for people. So we’ve built part of the city center over a parking deck. 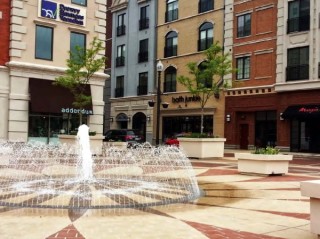 The results: we now have over 700 people living in our city center, and hundreds of others working there. It has become a community unlike what you’d have in a traditional suburb that’s disconnected. And we’re planning on 11 more buildings in our city center. We want mixed-use, without zoning. We don’t care what people do in the buildings, but we do care how the buildings look and feel. 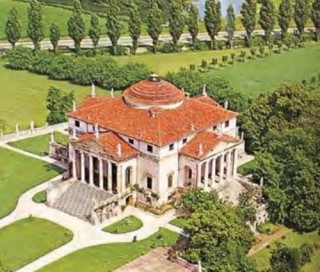 Mayor Sven von Ungern-Sternberg is also passionate about his community. Freiburg is a city of about 220,000 in the Upper Rhine Valley in the southwest corner of Germany. It’s “often considered the ecological capital of Germany,” he said.

That point was made clear as Ungern-Sternberg told conference attendees about two new “suburban towns” within Freiburg. Let me highlight some of his comments about one of the two towns, Rieselfeld.

The first step in Rieselfeld’s development, before any housing was built, was extension of the city’s streetcar line. In fact, the streetcar’s first users were the construction workers coming to work on the development. It’s very important to have this transportation infrastructure in place first, the Mayor told us, so it will be there when the first residents move in, and “they will immediately be used to using it.”

The streetcar line provides the “backbone” for the new community, as Ungern-Sternberg put it. But, he stressed, you have to have a high enough density to support this kind of infrastructure. 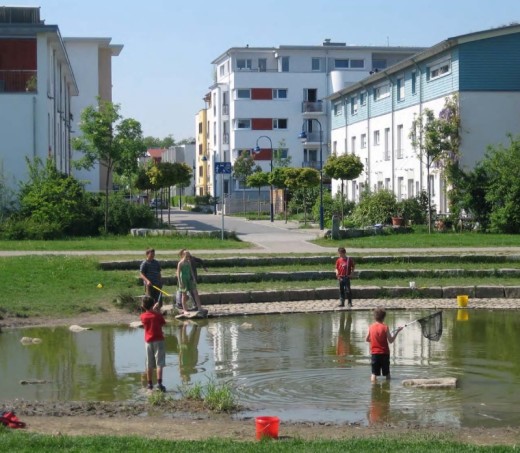 In hearing Ungern-Sternberg speak, he’s talking about an approach to development not all that different from what I saw at Hillsboro, Oregon’s Orenco Station.