Ex parte is Latin meaning “from or on one side only, with the other side absent or unrepresented.”  In a democratic society, open, fair decision making is critical to whether the public trusts what the government is doing. In planning circles, ex parte, or one-sided communications, are usually problematic, either legally, ethically, or both, particularly when it involves a quasi-judicial action such as is often the case with variances or special use permits.

For example, imagine a defendant in court, prior to the start of his trial, finding out the opposing attorney had dinner with the presiding judge and discussed your case with him. Oh, and by the way, your close friend, who by happenstance was sitting at the table next to them, overheard the judge say “yep, and I think he’s guilty, too.”  How about that for a fair trial?  Get the jail cell and orange jumpsuit ready … Most people (particularly the defendant) would be outraged at such a breach of fairness and ethics, not to mention the law.

Now there is a difference between quasi-judicial and legislative decision-making, which typically has a broader tolerance for how information is obtained.  On especially hot topics, planning commissioners or city council members are often bombarded with phone calls, letters, people catching them at the grocery store or hitting them up at their grandkids baseball game, each giving good reasons why a project should be approved or rejected. However, even though there may be more allowance given to how information is gathered in legislative actions as opposed to quasi-judicial ones, there still exists this whole idea of fairness that is essential to not only making good decisions but also giving the appearance of it. An action doesn’t have to be illegal to be ill-advised.

As a planning commission member, what should you do?  How would you respond to your colleague? What ethical problems exist in this case, if any? … 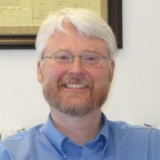 Ted Shekell is the long-time Community Development Director for the City of O’Fallon, Illinois. Ted regularly participates in training sessions on a range of topics, including ethical concerns.

Editor’s note: I had the pleasure of spending some time with Ted in 2007 during my cross-country trip on U.S. Route 50. I reported on O’Fallon in the following posts: A Small Town State of Mind; The Creekside Development; and Introductions.