… The fact is that we are an incredibly homogeneous population. It is usual these days to focus on our diversity, but we all share a cultural base which provides for a commonality of which we are aware, but don’t yet fully comprehend. It may be conceptually outrageous, but let me suggest that if the world’s population can be delineated by identifiable “cultural tribes,” there is an American Tribe. We eat pretty much the same kinds of food, from Maine to California. The bagels in Coeur d’Alene are as good as the bagels in the Bronx. We wear pretty much the same kinds of clothing, from Florida to Oregon. Everyone wears Wolverine boots. Department stores in Tucson, AZ, had the same clothing racks on display in September as did those in the Malls of Massachusetts.

Did I mention Tucson? In August of 1994, after 30 years of living in NJ, we moved to Tucson. We were pretty sure that the catalog from Lands End would follow us. It did. And we calculated that we would probably find more Mexican food in AZ than we did in NJ. And we did. We figured that the sneaky cactus called “jumping Cholla” would do just that – and we HAVE had to put tweezers to work. But aside from highly advertised specialties of the region, we haven’t really left home, we’ve just moved to a different neighborhood, where the “nimbyites” sound a lot like their Eastern cousins. … 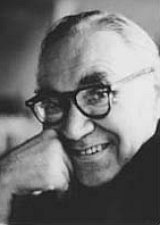